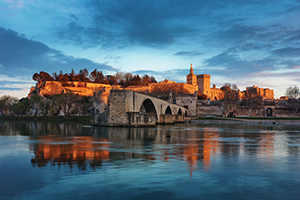 The Livonia-based travel club NexTour will this year offer trips to Provence, France, Winnipeg, Manitoba to see polar bears, and Yosemite and Sequoia National Parks, among other destinations.

Kathie Reschke, president and CEO of NexTour, says upcoming tours include a five-day trip to Nantucket, an island off the coast of Cape Cod; a trip to Prince Edward Island in Canada that includes a tour of the countryside and a boat tour to learn about how mussels and oysters are cultured and how the lobster fishery works; a trip to Key West, the southernmost city in the United States; and a “domestic mystery tour”; among others.

Reschke says the fall 2015 mystery tour was to the Nemacolin Woodlands Resort in Pennsylvania and included a visit to Frank Lloyd Wright’s Fallingwater house.

“Our mystery trips have included everything from mountain resorts, major festivals, wine country tours to big city vacations,” she says.

Reschke says NexTour trips over the past five years since the club’s founding have included 95 worldwide destinations, such as trips to the Netherlands, Thailand, Nashville, and the Grand Canyon.

“… I know how even the most minor travel issue can dampen or ruin a vacation,” Reschke says. “That’s why we do meticulous planning and include an experienced tour escort to make group travel easy and pleasant for our members.”

She says the travel group has 1,500 members. NexTour was founded in 2011 after the Nomad group travel club dissolved.