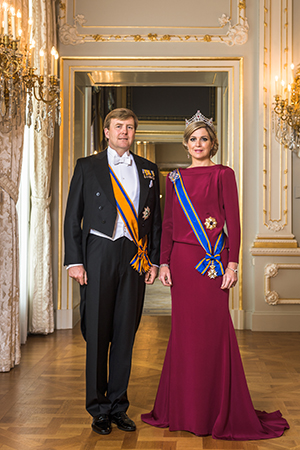 His Majesty King Willem-Alexander and Her Majesty Queen Máxima of the Kingdom of the Netherlands will visit Grand Rapids for three days in June to celebrate and promote the strong economic ties between Michigan and the Netherlands.

Grand Rapids is home to numerous companies founded by families with Dutch heritage, including Meijer, as well as the DeVos and the Van Andel families who co-founded Amway, an international direct selling company.

“We’re proud of our Dutch heritage and of the many contributions Dutch-Americans have made to Michigan, says Gov. Rick Snyder. “Our countries share a warm relationship today, and there are many ways we continue to work together.” Snyder and first lady Sue Snyder will host the royal couple during their visit.

Gov. Snyder says the Netherlands is one of the top five foreign countries investing in the United States, while America is the leading single-country investors in the Netherlands. The economic relationship supports 685,000 American jobs and exports from Michigan, which amounts to $332 million in goods and services.

During their stay, the King and Queen will visit research and care facilities such as the DeVos Children’s Hospital and the Van Andel Research Institute, both in Grand Rapids. Both the Netherlands and Grand Rapids are leaders in life sciences and health research (in areas such as oncology, epigenetics, regenerative medicine, and Parkinson’s disease) as well as in combining research, patient care, and community engagement.

Michigan has the largest Dutch-American population in the nation, with about 480,000 people.