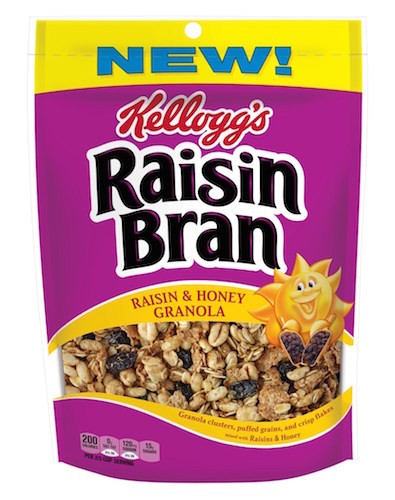 The new product is available in two flavors: raisin and honey, and cranberry almond.

Jeremy Harper, senior marketing director for Kellogg’s morning foods, says the granola is low in fat and provides an excellent source of fiber at 200 calories per serving. “We worked hard to keep the cereal staple at the forefront of the granola,” he says.

The granola is now available at grocery and mass retail stores nationwide for a suggested retail price of $3.99.

Kellogg reported sales of $13.5 billion in 2015, and offers more than 1,600 food products. Last November, the company, founded in 1906 by Will Keith Kellogg, announced that it would debut more than 40 new products this year.