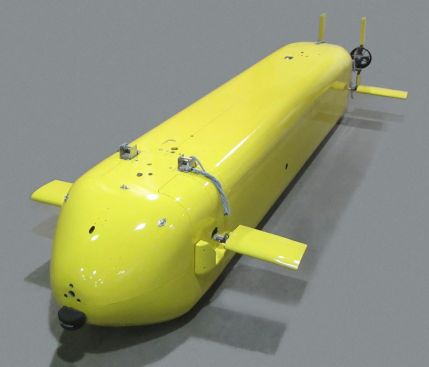 General Motors Co. is partnering with the Office of Naval Research and the U.S. Naval Research Laboratory to incorporate its automotive hydrogen fuel cell system, a device that converts chemical energy from fuel into electricity, into the next generation of Navy unmanned undersea vehicles (UUV).

“Our in-water experiments with an integrated prototype show that fuel cells can be game changers for autonomous underwater systems,” says Frank Herr, department head for Ocean Battlespace Sensing at the ONR.

He says GM’s fuel cells, which were recently evaluated by the Naval Research Laboratory, are compact and lightweight, and have high reliability and performance.

UUVs powered by hydrogen fuel cells convert high-energy, renewable hydrogen, from sources like wind and biomass, into electricity, which results in vehicles with greater range and endurance than those powered by batteries. The only emission from fuel cell vehicles is water vapor.

“Reliability, high energy, and cost effectiveness, all brought to us via GM’s partnering, are particularly important as the Navy looks to use UUVs as force multipliers,” Herr says.

According to the Clean Energy Patent Growth Index, GM had 19 fuel cell patents as of May.