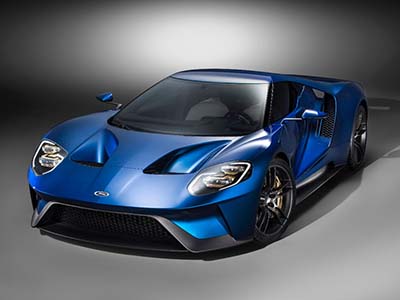 Dearborn-based Ford Motor Co. will launch at least 30 new vehicles in the Middle East and Africa by 2020 as part of its new regional growth strategy.

“The Middle East and Africa is one of the world’s most exciting and growing vehicle markets, and we are moving very quickly to expand our range with exciting cars, utilities, and trucks,” says Jim Farley, executive vice president of the Europe, Middle East, and African markets at Ford. “We are passionate about meeting the diverse wants and needs of the customers in this region — and that’s how we are going to profitably grow in 2016 and beyond.”

Farley says Ford plans to launch eight new vehicles throughout the region by the end of next year, including the GT super sports car, an all-new Shelby GT350 Mustang, an all-new 2016 Edge SUV along with the 2016 Explorer SUV, 2016 Ranger pickup, and an all-new 2016 Figo compact car.

Farley says Ford also plans to open 35 new dealerships within the next two years in Africa and the Middle East, tailor vehicles to meet the market’s needs, build and develop its regional organization, and improve the cost of ownership and spare parts availability throughout the region.

The total Middle East and Africa car market is expected to grow 40 percent by the end of the decade to 5.5 million vehicles. â€‹