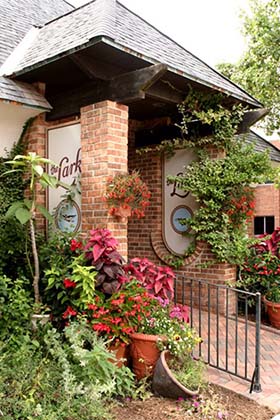 Jim and Mary Lark, the owners of the renowned restaurant The Lark in West Bloomfield Township, today announced they will retire and close their award-winning restaurant on Dec. 23.

The couple opened The Lark, known for its distinctive cuisine and extensive wine list, in 1981.

“So why are we closing? Because I’m not immortal and it’s time to relax,” says Jim Lark, 84. “We’ll miss one and all. Thank you to our patrons and staff for 35 wonderful years.”

The Triple-A Four-Diamond, 4,000-square-foot French restaurant on 6430 Farmington Rd., has won numerous awards, including Restaurant of the Year, twice, from Hour Detroit magazine and was named the nation’s best restaurant by the readers of Condé Nast Traveler magazine.

“It’s one of the legendary restaurants, and I was there not long ago,” says Marshall Chin, principal of Mon Jin Lau in Troy, which opened in 1969. “A major portion of their success is due to Jim, his wife, Mary, and their daughter, Adrian, plus the entire staff. Jim had his hands on every aspect of the business, from the food to the (public relations). He’s a culinary genius, and the family has been major contributors in the culinary world. He traveled a lot, touched everything in the business, and was meticulous with his food and wine pairings. They will be missed.”

Adrian Lark, general manager of The Lark, is working with restaurant employees to help them secure new positions that will still allow them to stay on through December.

“We’ll miss our employees,” Jim Lark says. “They’re the best. The longest-serving are like family.”

Chef de Cuisine John Somerville is well-known for his French cooking techniques, making dishes including lemongrass marinated rabbit loin, honey-glazed rack of lamb, and sautéed veil medallions. The Lark’s five course meals include choices from a cold appetizer trolley, a choice of hot appetizer, a salad, a sorbet palate cleanser, and the diner’s choice of a main course. The wine list has also won numerous awards, including Wine Enthusiast’s highest honor, the award of ultimate distinction.

“My family and I go there for a very special occasion such as a wedding anniversary or my wife’s birthday,” says Joe Vicari, president and CEO of Andiamo Restaurant Group in Warren, which owns and operates 17 restaurants, including Joe Muer Seafood in downtown Detroit. “The cuisine was always special, and the quality of the food and the service was what kept bringing you back. It’s an institution, and there is still a market for people who want to get dressed up and go out and celebrate a memorable event. Plus, it was fun to talk to Jim and hear stories about his family. It’s just a special place.”

Jim Lark says he is now fielding offers from potential buyers for the 50-seat establishment, which also includes a wine cellar and 3,000 square feet of office space.

“We just celebrated 25 years in business, so 35 years is an amazing accomplishment,” says Fran Truant, principal of Giovanni’s Ristorante in southwest Detroit. “Everyone loves the Lark family, and they will be an amazing act to follow. The food and the service is top notch, and I’m fairly confident they will be able to find someone to buy the restaurant and carry on with their traditions.”