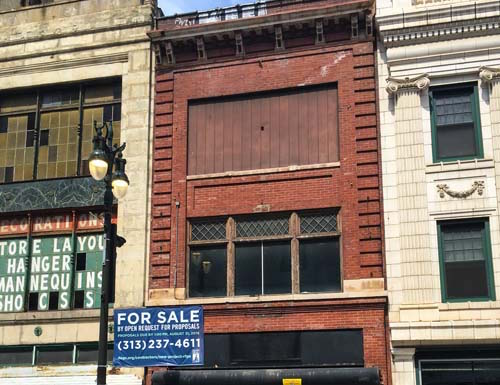 The buildings, located on Broadway Boulevard between Gratiot and Grand River, are adjacent to the Paradise Valley Cultural and Entertainment District, which will undergo a comprehensive plan to redevelop nine properties.

The properties, which are near parking, entertainment, restaurants, retail, and more, will be sold “as-is, where-is” without any representation or warranty.

Responses to the authority’s Request for Qualifications and Proposal are due by 1 p.m. on Aug. 31.

The acquisition will result in a $32 million development plan to renovate the Weston-and Ellington-designed building, completed in 1925, into an extended-stay Element hotel brand.

“The redevelopment of The Metropolitan Building serves an important role in downtown’s revitalization,” says Eric Means, CEO of Means Group. “Not only are we activating a building that has sat vacant for 40 years, but we are filling a critical gap in city’s hotel market.”

The renovation of the 100,000-square-foot building, which is expected to be complete in summer 2018, will have 110 one or two bedroom rooms, 2,000 square feet of meeting space on the second floor mezzanine level, 7,000 square feet of retail on the ground floor and lower level, and an outdoor patio on the 11th floor rear rooftop.