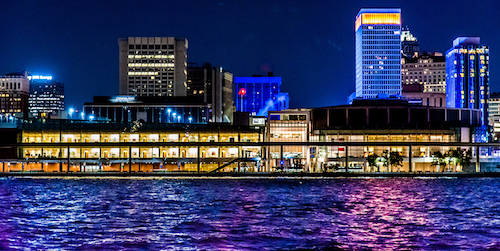 The work includes upgrades and several new Nortel core switches that distribute Wi-Fi signal, while system improvements include upgrading and increasing the number of Wi-Fi access points to 400 throughout the facility.

Officials with the facility say the network location of access points and configuration will be remapped based on events’ anticipated use of Wi-Fi in specific areas.

“For the visitors that use our Wi-Fi network, these upgrades will be like moving from a one-lane highway to a three-lane super-speedway,” says Claude Molinari, general manager of Cobo Center and private management services firm SMG.

The ClearPass Access Management System was also installed in the facility to create an integrated platform, allow coherence of private networks, and create a page featuring sponsors and advertisers, which users must click through before accessing the Internet.

Along with upgrades to the full facility fiber infrastructure, Cobo Center also contracted Detroit-based Rocket Fiber to upgrade Internet bandwidth to10G. Visitor use of Wi-Fi service has always been available at no cost throughout Cobo Center.

The announcement of the technology upgrades follows the launch of Cobo Center’s Technology Services department, which provides attendees, exhibitors, and show management with technology offerings.

With 723,000 square feet of exhibit space, Cobo Center is the 17th largest convention center in the country. The North American International Auto Show, the center’s largest annual event, reached its peak Wi-Fi usage last year during Press Days at 14,640 unique users, an increase of 62 percent from the previous year.