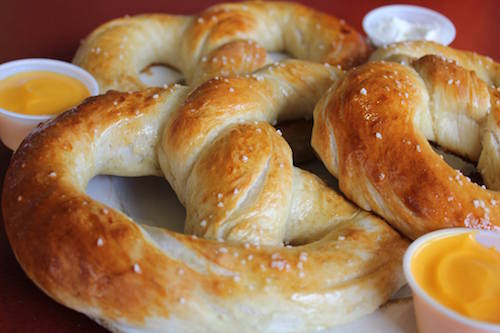 Executives with the company are now looking for multi-unit operators, as well as single unit operators. The soft pretzel franchise is targeting locations inside enclosed regional shopping malls, select lifestyle and open-air venues, as well as Wal-Mart and Meijer super centers.

“Today, we’re looking for entrepreneurs who are just as excited about our product as we are, and someone who is thrilled to join a dynamic, growing team of pretzel fanatics,” says Scott Jones, CEO and co-founder of Ben’s Soft Pretzels.

All Ben’s Soft Pretzels, which officials with the company say are nearly two times the size of a typical pretzel, are hand rolled with imported German salt. The bakery’s menu items include Buggy Bites, Pretzel Stix, Pretzel Dogs, and Pretzel Pockets with 11 different dipping sauces.

Ben’s Soft Pretzels growth aligns with its national expansion efforts, which includes the addition of 50 new locations by the end of 2017. This year alone, the company will have 30 new locations.