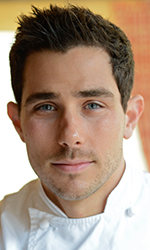 Peas & Carrots Hospitality, formerly Riverstone Hospitality, has purchased Beau Jack’s at the northwest corner of Maple and Telegraph in Bloomfield Township (4108 W. Maple), with plans to reopen the new “Beau’s” this summer.

“We understand that Beau Jack’s was an institution in the community and that it holds a special place in so many people’s memories,” said Zack Sklar, chef and owner of Peas & Carrots Hospitality, which also owns and operates Social Kitchen & Bar in Birmingham and MEX in Bloomfield Township. “We will be treating that legacy with respect as we redevelop this property into a place where new memories will be made.”

Designer Ron Rea will oversee the remodeling of the interior, which will be traditional with the atmosphere of a high-end hotel featuring large tufted leathers sofas and coiffured ceiling treatments.

Sklar will participate in all aspects of the restaurant, from developing the menu to overseeing management and the culinary staff. “Zack works hours that most of his contemporaries would shun, but he does it because his passion is boundless, and he finds great pleasure in developing new dishes and taking the culinary experience to new heights,” says Jim Bellinson, Sklar’s business partner.

Beau Jack’s will close on March 31 and new construction will begin the next day. The entire northwest corner of Maple and Telegraph will undergo a transformation, including plans for new retail and shared parking.