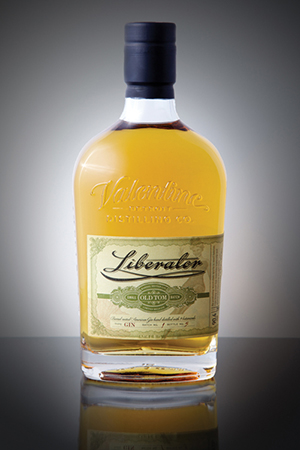 The award-winning and internationally recognized Ferndale-based Valentine Distilling Co. will open a 15,000-square-foot production facility in the city to accommodate growing demand for its vodka, gin, and whiskey products. The new facility is projected to start projection this summer.

The expansion is being driven by strong sales in seven states, including Michigan where the brand was started in 2008. It is also sold in Italy, France, and Belgium. By the end of the year, the company plans to expand into five or six more states, Canada, and two unnamed European countries.

“We are tying to become a hub for micro distilling,” says Rifino Valentine, president and founder of the company. “(The new location) will be one of the largest and most advanced micro distilleries in the Midwest.”

The new facility, at 965 Wanda St., is two miles from the distiller’s location on Vester Avenue, off of Woodward. The new facility will be exclusively used for production.

The location on Vester Avenue will keep its cocktail lounge open, along with one of its stills for small R&D projects. The production facility, once open, will accommodate public tours once or twice a week, Valentine adds.

“When we opened, there were around a dozen to 20 micro distillers in the country. Now there are more than 500 micro distillers in the country, and 12 to 20 in Michigan,” Valentine says. “We’ve done several projects already for companies that are coming to us to prototype products for them. So we will look to expand that part of the business and do distilling for other companies. Gin, in particular, is what put us on the map nationally and internationally, and we’re looking to produce gins for national brands, too.”

The company has won a number of national and international awards for its Valentine Vodka, Liberator Gin — named after the World War II B-24 Liberator bombers built by Ford Motor Co. at Willow Run — and their Woodward Whiskey. The brand’s vodka, gin, and whiskey are priced from $29 to $37 per bottle.

Two new employees will be added when the complex opens, with another 15 to 20 workers to be added over the next five years.