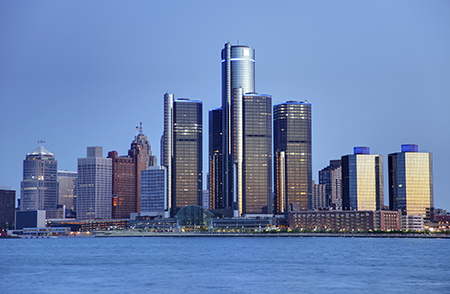 In 2015, big cities will continue to draw entrepreneurs, and businesses can expect to spend less on market testing, according to predictions recently released from the University of Michigan’s Ross School of Business.

“Creative people and entrepreneurs — from Generation X to Millennials — seem to prefer the dense, multi-modal options of the city,” says Peter Allen, adjunct lecturer of real estate at U-M. They want to be close to bars, restaurants, cultural, and recreational opportunities. They like all of these to be walkable, bikeable, or connected by mass transit.”

Allen notes that the most popular cities with his students include Detroit, Chicago, and New York. “Detroit is the most undervalued big city on the planet with the fastest rate of growth, both in dollar values and in percentages,” he says. “While Detroit has lost perhaps 1.3 million people in 50 years, it is now gaining thousands in growing neighborhoods like downtown, Midtown, West Village, Eastern Market, Corktown, and Mexicantown.”

For businesses, marketing professor Fred Feinberg foresees a drop in the cost of market testing with the rise in mobile apps.

“Suppose you put an end-aisle display at the store, offer a coupon for a while, or place an ad on a website. Do they work?” Feinberg says. “To even begin to address such questions, you need to know who walked down the aisle, who brought the coupon, and who actually saw your ad. This was nearly hopeless, or prohibitively expensive, in ‘traditional’ marketing.”

In contrast, with today’s online ad placements and special promotional offers, businesses can collect and measure the impact digital marketing efforts have in real-time.

But don’t expect consumers to rely solely on the Internet in 2015. Puneet Manchanda, a marketing professor at Ross, notes that while some consumers might order their purchases online, they may opt to pick up their purchase at the brand’s brick-and-mortar location.

To keep up, Manchanda recommends that companies offer “mix and match” solutions (i.e., order via an app on the phone that integrates payment as well and pick up at the nearest store).