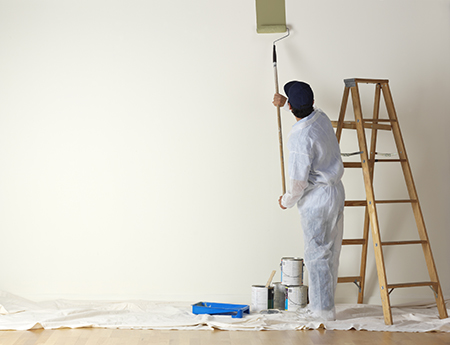 Stephanie Goodman may have lost some capital after working with a few fraudulent contractors on investment properties, but she has come up with an idea she says will improve the construction industry’s payment system.

The University of Michigan alumna and her husband, Richard Goodman, will launch the Waterford-based SaferBuild system this April, where homeowners can pay contractors for their services via an online payment portal.

The website, at saferbuild.com, will allow homeowners and contractors to customize a payment plan as well as upload a copy of contract that includes the parties’ electronic signatures. Stephanie notes that the system is as much a benefit to contractors as it is to clients.

“The contractor will be able to see that the funds are in escrow for them,” says Stephanie, who says she’s been the victim of contractors leaving the job with her money before they finishing their work. “Once they complete the job, they will be paid in full, but they don’t have the ability to take the money and disappear.”

Stephanie adds that it also prevents customers from withholding money when the contract has been completed as agreed. If there is a problem or disagreement, SaferBuild will continue to hold the funds until an arbitrator decides a settlement. “It protects both parties.”

“There won’t be any additional cost to the contractor, but it allows them to advertise that they’re a more trusted company,” says Stephanie, noting the website will charge a percentage per transaction, which is comparable to what a credit card company might charge.

The payment system will be available in Michigan and select states with the initial launch this spring, and is expected to be available in all 50 states by the end of 2015.

Correction: An earlier version of this article misidentified SaferBuild’s co-founder. Her name is Stephanie Goodman.