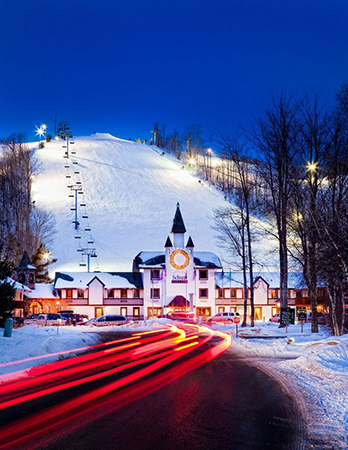 Michigan’s ski slopes clocked in an estimated 2.3 million visitors last season, and resort owners are expecting another strong turnout this year with the addition of new slopes and improvements to several of the resorts.

“Everybody is making their renovations because they came off a pretty decent year last year, and now they’re anticipating another one,” says Mickey MacWilliams, executive director of the Michigan Snowsports Industries Association in Clarkston. She says 2 million ski visits would be considered a low-turnout season, while 2.4 million would be a high.

She points to Crystal Mountain in Thompsonville, which is adding two new slopes this year. The resort has also swapped out all of its snowboards for a new fleet of new snowboards and added a new zip line course that will be open for its inaugural winter season.

In Bellaire, Shanty Creek Resorts has added a new ski rental facility, ski school, and beginner ski area, in addition to making major changes to the overall configuration of the 4,500-acre property. Likewise, The Homestead in Glen Arbor has made significant changes to its Stony Brook Lodge, originally built in 1998. The re-design team drew their inspiration from lodges in national parks including Yellowstone and Glacier, MacWilliams says.

MacWilliams says such improvements and changes are crucial not just to drawing customers to each of the individual locations, but to the state as a whole. “It benefits our travel and tourism industry. The more skiers they draw, the more often they’re going to come back and visit.”

One of the biggest changes, however, is happening in the Upper Peninsula, with the re-opening of Norway Mountain, which had been closed for two years, MacWilliams says. “We’re thrilled (the new owners, Neil and Kris Urban) were able to open it up again. It’s a pretty big deal.”

MacWilliams say to encourage more visitors this season, the association has expanded its Cold is Cool Passport — which allows fourth graders to ski for free throughout Michigan — to also include fifth graders.