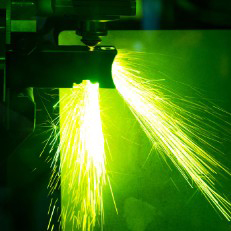 The United States sits just behind China in terms of manufacturing competitiveness in 2016, and is expected to overtake the country by 2020, according to a study by Deloitte Touche Tohmatsu, a professional services firm that operates a large practice in Detroit.

Joe Vitale, a principal at Deloitte’s Detroit office, says the 2016 Global Manufacturing Competitiveness Index examines what factors drive effectiveness in manufacturing and looks at the effects of government and policy implications over a period of six years.

“Since 2010, there have been some dramatic changes,” Vitale says. “The one constant over that period of time has been China because of the massive amount of investment and growth of the economy and investment in manufacturing.”

He says in that time period, the U.S. has improved its ranking from four to two, ahead of Germany, Japan, South Korea, and the United Kingdom. Vitale says the U.S.’s increase in manufacturing competitiveness is due to strong talent- and innovation-driven capabilities from universities; collaboration between the public and private sector; a strong investment in R&D at U.S. companies; and a diminished dependency on oil.

He says the U.S. tax policy as it relates to manufacturing companies is one area where the country could improve.

The study lists talent; cost competitiveness; workforce productivity; supplier network; legal and regulatory system; and education infrastructure as some of the top drivers of competitiveness.

In Detroit’s manufacturing sector, Vitale says the automotive industry has been a strong contributor to the growth of the U.S.’s production competitiveness.

“With the restructuring that has occurred following the financial and automotive crisis, the automotive industry was able to restructure in a way that has really allowed it to have a very solid and strong base to work from,” he says. “Labor relationships have improved, the excess capacity within the automotive base was removed, and a much more solid base of financial capabilities within these companies was created.”

He says the automotive industry continued to invest in new products and R&D throughout the crisis.

“That has always been automotive’s strength,” Vitale says. “A wealth of capabilities within the industry and region, and that combined with a solid and restructured industry base, has really positioned the industry quite well to be competitive on a global basis.”