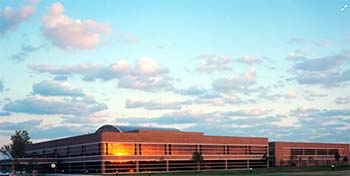 The nearly 500 Japan-based companies with a facility in Michigan provided nearly 40,000 jobs in the state in 2015, according to a new report by the Consulate General of Japan.

“With a 2 percent increase in year-over-year hiring, total employment at the 491 state-based facilities has nearly fully recovered to pre-recession levels,” says Mitsuhiro Wada, the consul general of Japan in Detroit. “Japanese companies’ long-term commitment to Michigan — as seen in their steady employment growth at their R&D, sales, and manufacturing operations — is truly remarkable.”

He says Japanese investment is distributed across 39 of Michigan’s 83 counties, but is concentrated in the southeast and southwest regions of the state. The nearly 400 facilities in southeast Michigan are primarily R&D, engineering, sales, and service industry operations. Wada says larger-scale manufacturing operations are concentrated in the southwest, particularly in the Battle Creek area.

Wada says 95 percent of the 40,000 Japanese company jobs in the state are held by local residents.

“As vehicle sales in the U.S. automotive market continue at record-level pace, Japanese companies continue to contribute significantly to Michigan’s improving economy and business climate,” Wada says. “Japanese companies are integral to the continued resurgence of this vital industry, and play a key role in the economic comeback of the great state of Michigan.”

Wada says the 1970s marked the first phase of major Japanese investment in the state, drawn by the state’s automotive industry. The Consulate-General of Japan in Detroit was established in 1993 by the government of Japan to serve in the states of Michigan and Ohio. â€‹