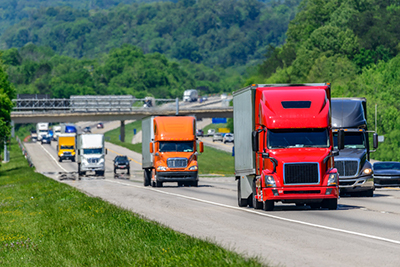 IHS Markit in Southfield, which specializes in information, analytics, and solutions for major industries and markets, today released a report that says commercial vehicles are expected to run on diesel fuel for the foreseeable future.

About 66 percent of new medium and heavy commercial vehicles sold in the U.S. will be fueled by diesel and diesel hybrid in 2040, compared to nearly 80 percent today, according the study, Reinventing the Truck. The study was completed between January and July and includes research from the automotive, economics and country risk, energy, and chemical teams at IHS Markit.

Diesel is expected to remain the dominant fuel type globally through 2040 due to increases in fuel economy, which keeps diesel competitive versus alternative powertrains. Range and load capacity requirements from long-haul, on-highway trucking will keep diesel relevant in the short- and long-term, while other propulsion types are expected to grow in popularity as technology advances.

“Understanding the future course of commercial trucking is so important because its impacts will reverberate far beyond just the trucking industry and through a whole host of industries,” says Daniel Evans, vice president of the IHS Markit downstream practice and co-author of the study. “Trucking accounts for half of diesel demand globally, or one-sixth of oil demand, making the future of trucking critically important for the oil industry. A wholistic, system-wide view is needed to see the full picture of this new reality of transportation.”

The report also forecasts a 15-percent compound annual growth rate for battery-electric vehicles in the U.S. during the timeframe as adoption rates increase in medium-duty trucks. However, weight requirements of battery packs cause limitations on the hauling capacity of the truck.

Larger truck fleets are expected to be the first to adopt alternative powertrain technology. However, smaller fleets and owner-operators encompass a large share of the market, which also leads to the slower adoption curve seen in the study. Larger fleets will have the capacity to implement a diversified fleet in a more strategic manner, allowing for alternative propulsion options to be implemented in areas that maximize their fuel-saving benefits and minimize the range and payload penalty.

“The regulatory environment will have a large impact on the pace of change in the industry between now and 2040,” says Matt Trentacosta, automotive advisory consultant for IHS Markit and a co-author of the study. “A diesel ban within city centers has the potential to cause fleet owners to adjust their strategy alongside OEMs and suppliers. In addition, trucking impacts energy consumption, and any dramatic change could elicit a major disruption in the energy markets.”

IHS Markit also considers a future with a more stringent regulatory environment in its autonomy scenario, in which regulations cause a more aggressive shift away from fossil fuels. European markets are expected to experience faster adoption in this scenario.

In both scenarios, overall sales of medium- to heavy-duty trucks in China begin to taper to 2040 as the industry becomes more organized and mature. Adoption rates of alternative powertrains start a bit slower but grow quickly as the technology is proven.

Reinventing the Truck is a major multi-client research initiative that provides a first-of-its-kind, system-wide analysis of the new reality of transportation and potential implications for the oil, gas, automotive, electric power, and chemical industries.