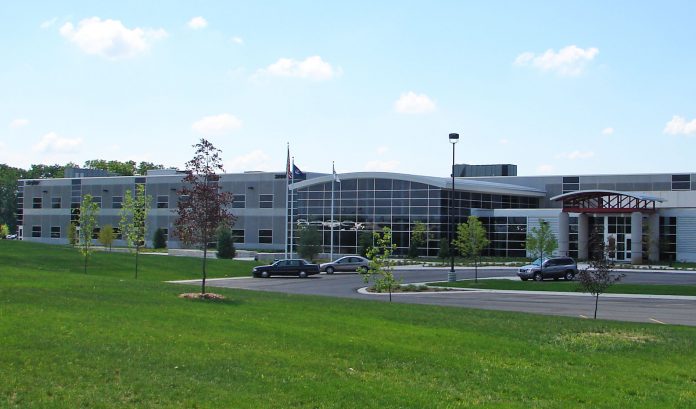 Stryker Corp., headquartered in Kalamazoo, today announced the expansion of its medical-device products with a $109-million investment at its 79-acre industrial site in Portage, which is located in Kalamazoo County.

“The expansion further positions Stryker to innovate and respond effectively to the worldwide medical community for generations to come,” says Jeff Mason, CEO of the Michigan Economic Development Corp., which administers programs and performs due diligence on behalf of the MSF. “Stryker has been one of Michigan’s most innovative companies and solid corporate citizens. This move reflects their long-term commitment to Michigan and provides a catalytic impact for economic development throughout the southwestern region of the state.”

The company was established in 1941 with the aim of developing medical products based on patients’ changing needs. Today, Stryker has a global reach with more than 33,000 employees.

“As Stryker grows its industry footprint through the development of new products and acquisitions, the company’s decision to expand in the City of Portage sends a strong signal to the market that southwest Michigan is an advantageous place to do business,” says Ron Kitchens, CEO and senior partner of Southwest Michigan First. “The region’s lower costs, proximity to a diverse supplier base, and access to a young, highly educated, and design-minded workforce benefit companies and employees alike.”

The expansion also includes amenities for employees, including a new café and patio, expanded training space, and newly-designed offices.

The Portage City Council will hold a public hearing to consider Stryker’s request at its 7 p.m. meeting today.

The Michigan Strategic Fund has also approved projects that, along with the Stryker expansion, are expected to generate more than $248 million in total investment and create 1,079 jobs in the state.

“The Michigan Strategic Fund fuels new economic activity across Michigan, strengthening our communities and creating good jobs,” Mason. “The 960 jobs created by Loc Performance and Stryker further boost Michigan’s defense and medical-device industries and serve as catalysts for additional investment around the state. These investments are the result of vital long-term relationships with public and private partners, and we’re pleased to be a part of the collaboration to bring today’s projects to fruition.”

Loc Performance Products is a Plymouth-based full-service provider of complex mechanical systems, fabricated structures, and armor products for defense and commercial industries. It recently acquired the assets of Demmer Corp. in Lansing and plans to continue expansion at the Demmer facility. The fund gave it a $7 million performance-based grant.

400 Rose LLC plans to redevelop vacant land and a surface parking lot in downtown Kalamazoo. The completed project will be a four-story, mixed-use infill development that will include residential units, commercial space, and parking. The fund gave it a $4.4-million performance-based loan.

The Michigan Strategic Fund also approved a private activity bond inducement resolution for up to $26.5 million for the acquisition of 30 cemeteries around Michigan by the Cathedral of St. Augustine. The project will include renovating and improving the cemeteries.