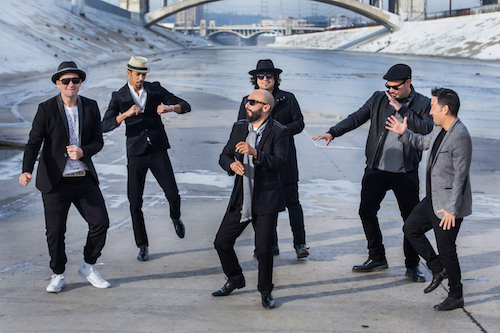 The Detroit RiverFront Conservancy and Ideal Group, a multifaceted industrial and commercial products and services firm in southwest Detroit, are partnering to host Fiesta del Rio Detroit, an inaugural, one-day event on Aug. 27 at the city’s West Riverfront Park. The event will showcase the culture of southwest Detroit through unique entertainment, activities, a car show, and ethnic food.

“West Riverfront Park is located at the intersection of the Mexicantown, Corktown, and southwest Detroit communities,” says Mark Wallace, president and CEO of the Detroit RiverFront Conservancy. “We are excited about bringing the festival to the riverfront and introducing more of our neighbors to West Riverfront Park.”

Ten food vendors from the southwest Detroit community will provide Mexican, Dominican, and Venezuelan-inspired selections for purchase at the festival’s “Taste of Southwest Detroit” food court.

Local painters, ceramicists, sculptors, and visual artists will also be participating in the event and displaying their work.

Additionally, the Westside Detroit Majestics club will host Slam Saturday, a low-rider car show and carhop featuring more than 100 cars. Participants in the show will compete for a $3,000 grand prize.

In turn, General Motors Co. will be a sponsor of a hands-on robotics arena for children. Several robotics teams made up of students from Detroit high schools and their engineering mentors from the Robotics Engineering Center of Detroit will demonstrate the technology behind robotics and staff a children’s hands-on activity area.

The festival runs from 11 a.m. to 10 p.m. Admission is $5 and on-site parking is $5. In addition to GM, other sponsors include the Venegas family, which owns and operates the Ideal Group, along with the Southwest Detroit Business Association and Hacienda Mexican Foods in Detroit.

In recent years, the 20-acre West Riverfront Park, which opened two years ago at 1801 W. Jefferson Ave. by the Detroit headquarters of the U.S. Post Office, has been the site of several large-scale events and concerts, including last month’s Mo Pop Festival.