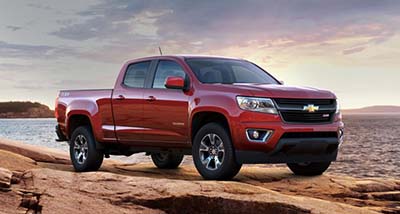 General Motors and the U.S. Army Tank Automotive Research, Development, and Engineering Center in Warren are working together to modify a Chevrolet Colorado pickup truck to run on hydrogen fuel cells. The setup offers exportable electric power and a quieter operation for the military.

“Hydrogen fuel cell technology is important to GM’s advanced propulsion portfolio, and this enables us to put our technology to the test in a vehicle that will face punishing military duty cycles,” says Charlie Freese, executive director of global fuel cell engineering activities at GM.

Rogers says the U.S. Army and GM have collaborated to evaluate new fuel cell designs and materials, and the Warren facility is used to test and integrate fuel cell systems that have been in development for more than a decade.

He says fuel cell vehicles can operate on renewable hydrogen from sources like wind and biomass. Water vapor is the only emission. The next step is for the truck to be exposed to daily military use for a year.â€‹