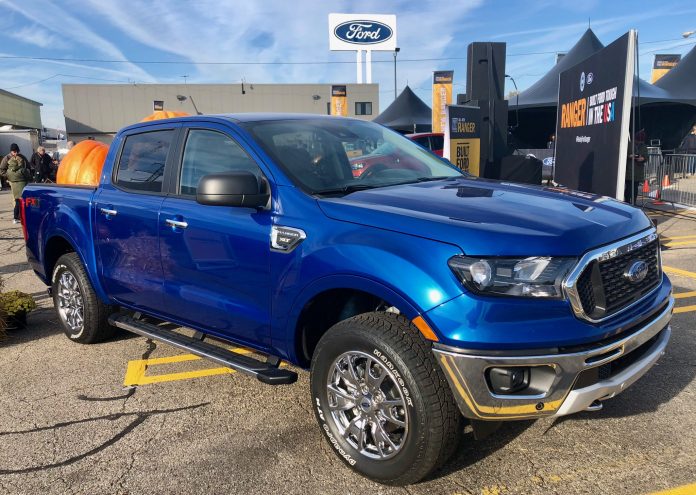 Ford Motor Co. today announced the relaunch of the Ranger mid-size pickup at the Michigan Assembly Plant in Wayne, including ride-and-drive off-road activities. The truck, which goes on sale early next year, returns following an eight-year hiatus.

Ranger is the first among several all-new vehicles for Ford, which plans to replace more than 75 percent of its current North American portfolio by 2020. The automaker has invested $850 million to build new vehicles at Michigan Assembly Plant, including the all-new Ranger for North America and the new Ford Bronco, scheduled to begin production in 2020.

For Michigan Assembly, a 369-acre plant that opened in 1957 building station wagons, the start of Ranger production marks a new era. Beginning in 1966, the plant began a 30-year run of building Broncos, one of the original sport utility vehicles that gained popularity in post-War America.

Michigan Assembly was among the most profitable factories in the world when it made Ford Expeditions and Lincoln Navigators from 1996 to 2008. Earlier this year, Michigan Assembly ended production of the Focus small car to make way for a massive retooling in preparation for the Ranger launch. The plant has 3,000 workers.

Powered by a 2.3-liter EcoBoost engine and class-exclusive 10-speed automatic transmission, the Ranger will deliver driver-assist technologies and connectivity features as well as best-in-class payload, gas towing, and gas torque.

“The revitalization of the Michigan Assembly Plant and renewed production of the Ford Ranger is another exciting chapter in our state’s comeback story,” says Gov. Rick Snyder. “This is also an opportunity to look toward its promising future with production of the all-new Ford Bronco on the horizon. I thank our partners at Ford for investing in Michigan and contributing to the Motor City’s legacy as the automotive capital of the world.”