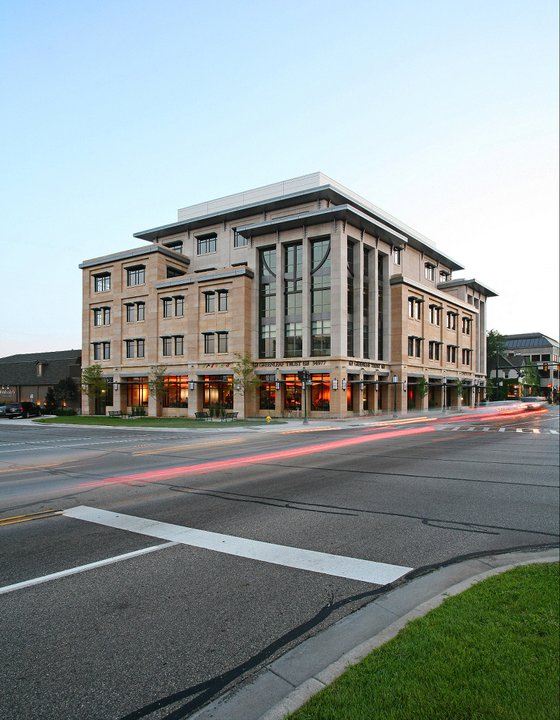 Hazel, Ravines, and Downtown, a casual fine dining restaurant, is slated to open Monday, Oct. 29 at 34977 Woodward Ave. in Birmingham. Located in the Greenleaf Trust building at Woodward and Maple Road, the eatery replaces The Stand, which closed earlier this year.

The new 10,000-square-foot restaurant will feature indoor and outdoor seating, a grab-and-go market concept, and an event space that seats up to 100 people. The farm-to-table concept will source ingredients from local partners, and all stocks, sauces, and juices will be made in-house daily.

The name of the 130-seat restaurant was inspired by the convergence of three neighborhoods near the restaurant site – Hazel, Ravines, and Downtown. Each neighborhood inspires one part of the three-tiered menu – Hazel features familiar comfort foods, Ravines evokes a well-traveled culinary sensibility, and Downtown will offer an ever-evolving menu characterized by trend-setting dishes.

Menu items include soups, salads, burgers and sandwiches, entrees such as Agentinian Asado in three sharing courses, side dishes such as Carrots and Peabody’s, which features a roasted pea puree, and snackable sharing boards. The restaurant will also offer vegan, gluten-free, and non-GMO options and features an expanded horseshoe-shaped bar.

“Our beverage program will follow the same ideology as our food menu,” says Beth Hussey, owner and operator of Hazel, Ravines, and Downtown. The restaurant will feature spirits, craft beer, and wine, also organized in a three-tiered menu.

“We want customers to feel as comfortable stopping in after a workout as they would meeting friends for happy hour or hosting an impressive business lunch,” says Herrold.

Ron and Roman, a Birmingham-based design house, renovated the space. Hours for the restaurant will be 11 a.m.-midnight Monday-Friday and 9 a.m.-midnight Saturday and Sunday. The market will open daily at 7 a.m. Lunch and dinner will be served daily with brunch available on the weekends.

“At Hazel, Ravines, and Downtown, we envision an accessible, comfortable space that focuses on a sense of community while maintaining excellence in food, drink, and service,” says Hussey.