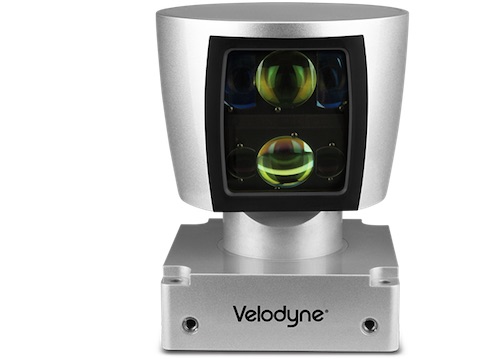 Dearborn-based Ford Motor Co. and Baidu Inc., a Chinese search engine company, have made a combined $150 million investment in California-based Velodyne LiDAR Inc. The investment will assist with the expanded design and production of its LiDAR sensors — a surveying technology used in autonomous vehicle development that employs a laser to measure distance.

Over the last decade, Velodyne has developed four generations of LiDAR systems that incorporate the company’s proprietary software and algorithms to create digital images used for mapping, localization, object identification, and collision avoidance.

“From the very beginning of our autonomous vehicle program, we saw LiDAR as a key enabler due to its sensing capabilities and how it complements radar and cameras,” says Raj Nair, executive vice president of product development and CTO at Ford. “Our investment is a clear sign of our commitment to making autonomous vehicles available for consumers around the world.”

“LiDAR continues to prove itself as the critical sensor for safe autonomous vehicle operation,” says David Hall, founder and CEO of Velodyne LiDAR. “This investment will accelerate the cost reduction and scaling of Velodyne’s industry-leading LiDAR sensors, making them widely accessible and enabling mass deployment of fully autonomous vehicles.”

He says the company expects an exponential increase in LiDAR sensor deployments in autonomous vehicles and advanced driver assistance systems applications over the next several years.

In connection with the minority investment round, the company also plans to expand its board of directors to include two independent industry executives.