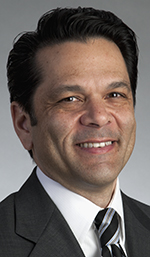 Ramesh Telang, Detroit market managing partner at PricewaterhouseCoopers, spoke with DBusiness Daily News about the results of the firm’s 17th Annual Global CEO Survey, Fit for growth: The automotive industry — Where it’s going and how it plans to get there.

1. DDN: What are today’s automotive CEOs most concerned about?

RT: Based on the survey, the three things that bubbled to the top were technology; shifts in global economic power, which means going from the west (i.e., the U.S.) to the east, or China; and shifts in demographics, which is essentially urbanization. The current stat is 50 percent of our global population resides in an urban setting, and demographers are suggesting that in the next 25 years, that percentage will grow to 75 percent. That’s obviously going to have an impact on how people travel.

2. DDN: Is this on par with past perspectives or reflective of the times?

RT: I think it’s more acute. People have been talking about going to China and taking advantage of the market for the last 20 years. But as technology advances and as those economies are turning from what I would call a manufacturing economy to a consumption economy, that is forcing many of organizations — that 15 to 20 years ago set up shop (in China) to manufacture and ship products back to the U.S. — to think about setting up shop to serve that region. Which is a completely different (business) model and different way of thinking.

RT: When companies set up manufacturing presence in territories where they’re selling product, they need (employees) that understand the global platform but also understand the local market well enough to adapt those global platforms to the current market — whether that’s safety or consumer-based adaptations.

4. DDN: What about finding talent in the United States?

RT: There’s been a lot of discussion around STEM (science, technology, engineering, and mathematics). And the auto industry — particularly in the last couple of years — has taken a very active and engaged role in youth education and entering the discussion of how they can get young people interested in those types of jobs.
From a state and local perspective, there’s probably some rebranding that needs to occur within the automotive sector. When you speak with young people today, many graduates have a negative perception of the auto industry. That probably has something to do with the fact it may be viewed as an old line manufacturing industry versus one that’s fueled by technology. Or it may be shaped by the recent bankruptcies and the troubles our city has had over the last 18 months. These talented folks in the STEM fields are shying away from the auto industry and are going into those sexier industries.

5. DDN: What stands out most from the survey?

RT: While (the issues are) interesting to talk about in isolation, they’re all interconnected in some shape of form. The companies that look at the entire ecosystem and think about how all of those macro, global trends — such as government policy, infrastructure, energies, and utility — impact their organization, will be able to identify those relationships early on and forge new connections, maybe even (with companies) outside of their sector. Technology is going to facilitate that interconnectivity, and those that can adapt their strategies will ultimately be the winners.