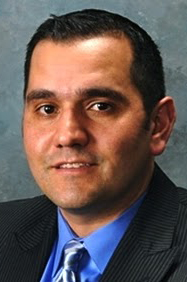 The Detroit Chapter of the Society of Hispanic Professional Engineers will host the national organization’s largest annual event this November. Mauricio Pincheira, president of the organization’s Detroit chapter and an executive director at Consumers Energy, spoke with DBusiness Daily News about the upcoming event, which is expected to draw nearly 7,000 attendees at Cobo Center.

1. DDN: There are reports that say the demand for engineers outweighs the supply. What is the Society of Hispanic Professional Engineers doing about this?

MP: The need for technology and innovation is always growing. Right now, there are more engineering jobs and technical jobs out there than there are resources and people that are capable. And when you talk about diversity, Hispanics, and inclusion overall, the pipeline of Hispanic engineers is not where it needs to be. But I think there’s huge opportunity. Companies are looking to improve and bring in people with different backgrounds (to their workforce).

The SHPE is really an organization that focuses on the Hispanic community by (encouraging) our youth to (pursue) engineering careers. We reach out to high schools and middle schools and have science fairs where families and students can learn more about science and engineering. We also have leadership programs that run nationally. Because not only do we need smart engineers, we need engineers that have leadership ability.

We’ve improved the number of people interested in engineering, but the numbers drop dramatically in how many students finish (their degrees). So mentorship is a huge focus for us in making sure that students stay in the engineering field.

2. DDN: Can you tell us a bit about this year’s national conference?

MP: The national conference is the biggest program that the organization runs. It attracts between 5,000 to 7,000 attendees each year. This will be the first time it’s been in Detroit (on Nov. 5-9 at Cobo Center).

One of the reasons for why the event is so big is that the national program subsidizes travel and admission for the SHPE university chapters. So if you’re a member at the University of California — Berkley or the University of Wisconsin, SHPE makes it very easy for (you) to participate at the yearly conference. It’s a great opportunity for undergrads and professionals from across the country. There’s a job fair that runs for two days and a lot of leadership opportunities.

There’s also a free event, where SHPE will transport kids from area high schools and community centers for a full-day STEM fair at the University of Michigan. There will be workshops and science activities that expose students to the (STEM fields).

3. DDN: How did you showcase Detroit as a potential venue to the national organization?

MP: We worked very closely with the Detroit Metro Convention and Visitors Bureau, the Michigan Hispanic Chamber of Commerce, and the Michigan Economic Development Corp. (as well as) General Motors, Chrysler, and Ford. There was a period in 2013 when we had key meetings, where we would take tours of the city to show SHPE the city’s resources and facilities and the hotels in the downtown area.

I think they were surprised by how many companies are here and how industrial Detroit is. It was very attractive to them to see how much company support will be here.

4. DDN: What are you doing to prepare for the event?

MP: The CEO for SHPE National says the way we’re going to measure the success of the conference is going to be the imprint that we leave in the city and the state. It’s not going to be how many people attend the conference, it’s really going to be what we give back to the community. We’re putting together a strategy about which community centers we can make a focal point for this event. So our focus for the conference is what can we do to improve these community centers? What resources can we give them? We’re trying to use this conference to see where we can impact the community. There’s all of these companies and resources coming together — it’s just a great opportunity to leave an impact here.

We also have to bring a lot of the event coordination. We have to bring the right players in to volunteer for certain portions of this event. There’s a lot of moving parts. We have a great core of team members who are dedicated to the cause and have had a lot of company support on our host committee. So it’s been a team effort.

MP: The SHPE National Board of Directors’ meeting is going to be in Detroit from Feb. 2-5. They have a two or three day meeting every quarter, and they decided to have it in Detroit for several reasons. They wanted to do it as a kind of kick off for the conference, and they’re also using it as a planning opportunity. They have to do a lot of on the ground logistics, (including) signing contracts and making sure things are secured for the conference.

The event we’re hosting on Wednesday at the Detroit Institute of Arts is really to celebrate that the conference is coming. We have events like this every year, where we take the time to reflect and give our professionals an opportunity to hear from other leaders and promote development and talk about Hispanics in the community. We’re excited because there’s been a lot of buzz about the (DIA event) — it’s probably going to be the biggest event that we’ve had here in Detroit.