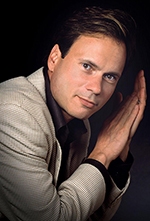 Right now, one of the finest county executives in the country is in big trouble for being politically incorrect.

The city of Detroit is getting lots of media attention these days.

As someone who lives about three miles from “The D,” I’d like to say that people are buzzing about Detroit’s promising comeback after decades of decline.

Alas, most people are still writing and talking about how much trouble the city is in. Detroit is the largest U.S. city to ever file for bankruptcy. Its former mayor, Kwame Kilpatrick, is in prison for a bunch of bad things.

One day last fall, a reporter from The New Yorker visited L. Brooks Patterson, the man who runs Oakland County. Ostensibly, the article was supposed to be about the rather stark differences between how Oakland County runs like a well-oiled machine and how Detroit doesn’t run at all.

But Brooks issued his usual cavalcade of sound-bytes. The man is almost preternaturally provocative, a characteristic that has gotten him into trouble in the past — on this very subject.

The New Yorker quoted him as saying, “I warn my children not to stop for gas in Detroit” and “Anytime I talk about Detroit, it will not be positive.”

Patterson also made a clunky analogy that compared Detroit to an Indian reservation. Oops.

In many ways, Patterson is one of the most celebrated politicians of our lifetime. A former prosecutor, Patterson has had very few scandals compared to most politicians.

He normally operates to a very high standard. This is a politician who balances budgets, keeps promises, and makes things happen.

Which makes it all the more surprising that he says some of the things he does, especially in a world now so steeped in political correctness.

Yet, colorful language is interesting precisely because it is provocative.

When I teach presentations skills, I caution clients about using humor because all humor makes fun of someone or something. When you make fun of yourself, for example, it’s called “self-deprecating humor.”

It’s true that a seasoned politician should know better than to use words, phrases, or analogies that can be thrown back at him. But he’s not the first colorful politician from Michigan.

In fact, Detroit had a mayor named Coleman Young who also had a reputation for speaking in provocative sound bytes. Coincidentally, Young served exactly 20 years as mayor. Detroit citizens loved his brash style so much that they elected him five times.

For instance, Detroit’s former mayor became infamous for saying things like “I issue a warning to all those pushers, to all rip-off artists, to all muggers: It’s time to leave Detroit; hit Eight Mile Road! And I don’t give a damn if they are black or white, or if they wear Superfly suits or blue uniforms with silver badges. Hit the road.”

Of course, times were different then, so we’re back to the issue of being politically correct — an aptly named phrase as we discuss the appropriateness of politico comments.

Of course, it would be great if everyone in southeastern Michigan were pulling for Detroit to make a comeback, but what if some people don’t feel like being on the cheerleading squad? Should free speech apply to politicians?