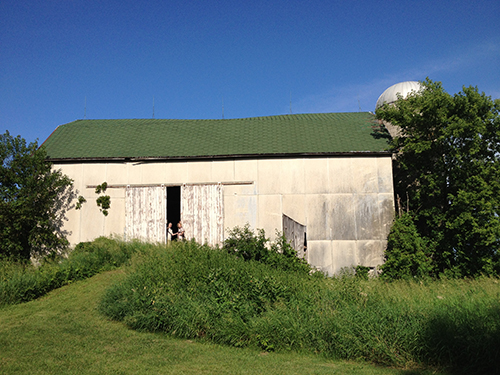 To repurpose all of the vacant land in Detroit, many have called for large-scale urban farming. Now Carolyn and Scott Lowell, owners of the Traffic Jam & Snug and numerous apartments in Midtown, are bringing one of the pillars of the agricultural age to the Motor City — a family-owned dairy barn from the west side of Michigan.

The couple is looking at three different locations to reassemble the barn, two parcels in Midtown as well as another site in Corktown. Pending city approvals, the three-level barn, which includes a lower level, a main floor, and loft space, would open next year as a restaurant, music venue, assembly hall, or other venue.

“The city has been great to work with on all of our projects,” says Scott Lowell, who next month will begin restoring the vacant Forest Arms Apartments at Second and Forest in Midtown into 70 rental units and two commercial spaces. “As we reassemble the barn, we will add a commercial kitchen, modern bathrooms, a bar and dining area, and we’ll install an elevator in the silo. We may incorporate the bathrooms into the old milking stalls.”

Built in Alto, southeast of Grand Rapids, in the 1880s, the Howard/Kelly Barn was crafted from oak, beech, maple, and pine. It was constructed by the Wride family, a father-and-son team that hand-built numerous barns, outbuildings, and sheds throughout western Michigan. 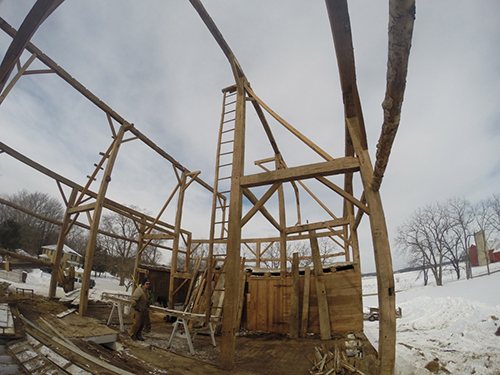 Carolyn says her grandparents acquired the farm in 1931, and raised five boys who all went off to college, before retiring and leasing the property to area farmers. “My grandparents were dairy farmers, and had between 30 and 40 cows at any given time,” she says. “They also had cattle.”

Eager to save the barn from the long-term effects of the elements, and preserve a piece of architecture — wooden-peg construction and virgin beams — as well as repurpose the barn for new uses, the decision to disassemble and move the entire structure to Detroit was a natural progression.

“With so much of Detroit’s rich architectural history lost, how great would it be to reconstruct a barn in Detroit?” Carolyn says. “Once you tear down a structure, it’s gone forever.” She says her top five ideas for the barn include “what I call a hippie hotel, or youth hostel, an art gallery, event space, a reception hall for weddings and other gatherings, or a bar and restaurant.”

The Lowell’s, along with Carolyn’s brother, Paul Howard, own The Bronx Bar in Midtown and Cliff Bell’s in downtown Detroit.

At right: The Howard/Kelly Barn, recently disassembled in Alto, may serve as a restaurant, assembly hall, or other venue. Courtesy of Scott Lowell.