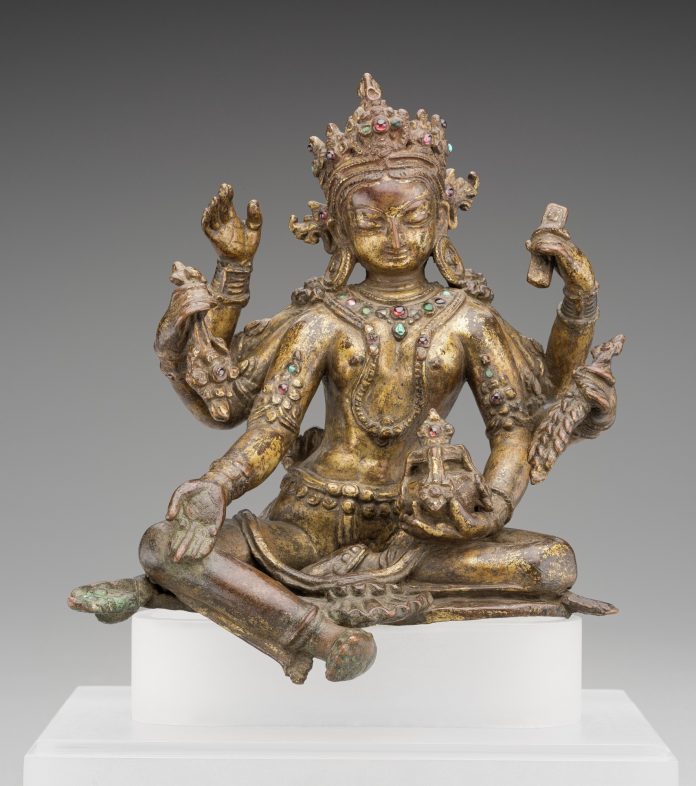 The Detroit Institute of Arts today announced it will debut its newly expanded galleries dedicated to Asian art in the Robert and Katherine Jacobs Asian Wing on Sunday, Nov. 4. The gallery space, located at the north end of the DIA, highlights objects and themes that represent diverse art forms, cultural practices, and systems of belief.

Works span thousands of years up to the present day in galleries of Japanese, Chinese, Korean, and Indian and Southeast Asian art, as well as a gallery for Buddhist art across Asia.

In addition to historical masterpieces, such as a graceful bronze sculpture of the Hindu goddess Parvati from southern India (13th century) and Chinese artist Wen Zhengming’s hanging scroll that pairs painting and calligraphy, “The First Prose Poem on the Red Cliff” (1588), the galleries also feature works of modern and contemporary art.

“In the DIA’s new Asian galleries, we invite visitors to make meaningful connections with the objects on view, and to see how both historical and contemporary works of art are relevant today,” says Katherine Kasdorf, assistant curator of arts of Asia and the Islamic world at the DIA. “With a number of recent acquisitions joining works that have long been at the DIA, we are able to present our collection through narratives that we hope will encourage new ways of looking and thinking.”

Among the themes explored in the galleries are: Chinese painting as an ongoing tradition in which viewers — both past and present — play an active role; the dynamic relationship that many Korean works have to the ideal of harmony; and multiple ways in which Hindu sculptures provide devotees access to the divine.

To help develop ideas for the new galleries, DIA staff collaborated with a group of seven community members from across the region and Lansing. The individuals worked alongside core DIA staff during the earliest phase of the project to prioritize artworks and brainstorm stories for potential inclusion in the new galleries.

“These galleries give students and other visitors new opportunities to explore the history and culture of Asia,” says Salvador Salort-Pons, director of DIA. “The community-based approach to the development of these galleries is a continuation of our commitment to the residents of Wayne, Oakland, and Macomb counties, who are always able to visit the new galleries for free.”

Community perspectives are also highlighted in a response station, located at the galleries’ point of intersection. This dynamic installation invites visitors to reflect on their experience in the Asian galleries and share their own stories alongside featured responses from community members who were involved in the project in various ways.

A number of innovative digital elements will further enhance the visitor experience, including a dynamic map highlighting Asia’s diversity, a video about the making of Korean ceramics, and a video showing Hindu sculptures in different contexts of worship.

A listening station offering musical selections will deepen how visitors engage with Indian paintings, and a digital handscroll will invite exploration of the full length of Wang Wen’s “View from Keyin Pavilion on Baojie Mountain,” which is over 19 feet long.  Nearby in the Chinese paintings gallery, a portion of the actual artwork will be on view at all times.

In addition, three special programs are offered on Nov. 4:

This show features photographs on loan from the Asia Library, University of Michigan, by Margaret Condon Taylor. While serving in Seoul, South Korea as a Peace Corps volunteer in 1969, she captured the rapidly evolving Korean lifestyle in the face of modernization. The Freer House is at 71 E. Ferry St., one block from the DIA. For information call 313-664-2500. Sponsored by: Korean Consulate General in Chicago; David Roden, Korean Honorary Consul General in Michigan; DIA’s Friends of Asian Arts and Cultures; and The Freer House