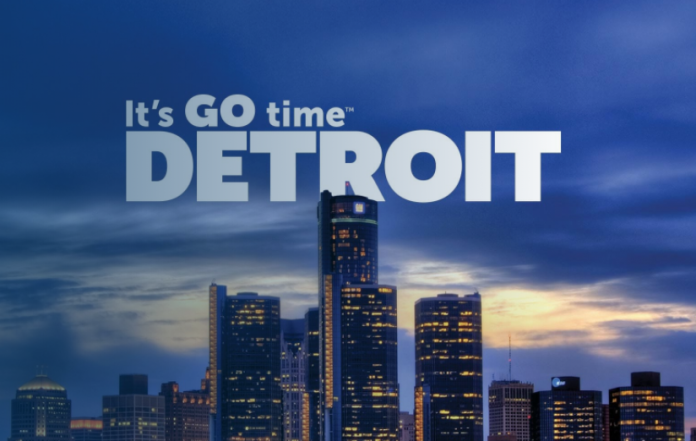 The campaign will appear in a variety of offline and online media in key markets including Chicago, Cincinnati, Columbus, Cleveland, and Indianapolis. Developed and executed by SMZ Advertising in Troy, the DMCVB’s advertising partner, each piece in the campaign is headlined with either an accolade about Detroit, its attractions, surrounding suburbs, or a fact about the visual subject.

The accolades and facts show people, publications, and institutions talking about the region and its revitalization and success in positive ways. Visually, the “It’s Go Time Detroit” campaign depicts people interacting with those words, engaging with it, and being part of the dynamic that is Detroit today.

The trailer for the Bureau’s new YouTube show titled, “Eats in The D,” was also shared at the meeting. The 10-episode season will launch this spring, with each episode consisting of two video clips focused on one of the region’s dining establishments.

“The new campaign is action-oriented and speaks to the region today and in the future,” says Larry Alexander, president and CEO of the DMCVB, which has more than 700 businesses as members. “The region is retooled, revved, and ready to show off.”

Alexander also recognized the Detroit Sports Commission for submitting a bid for the NFL Draft, which could result in nearly $100 million in economic activity if Detroit is selected. With the Detroit Local Organizing Corp. now in place, the DSC is better positioned to attract national Olympic and collegiate sporting events. The DSC will also pursue LGBT and e-sports event opportunities.

To view the 2018 DMCVB marketing plan and activity calendar, go to visitdetroit.com/membership/marketing-plan.