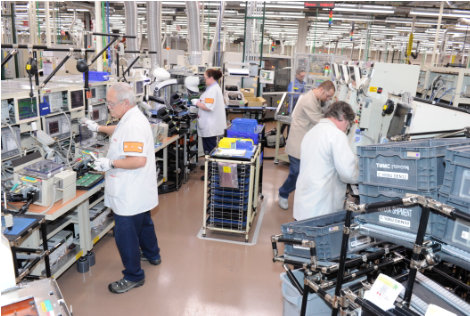 Southfield-based DENSO says it will produce a next-generation inverter for electric vehicles at its Maryville, Tenn. plant as part of a $1 billion investment to make the facility a North American manufacturing hub for electrification, connectivity, and advanced safety products.

In 2017, DENSO announced the $1 billion plan for Maryville, along with the creation of more than 1,000 manufacturing jobs in Tennessee. The investment expanded multiple production lines to create products like new smaller, more-efficient inverter, as well as other advanced safety and connectivity components.

“The shift to electric vehicles will occur in stages, but we need to ramp up R&D and production now,” says Kenichiro Ito, chairman of DENSO’s North America board of directors and chief executive officer of DENSO International America. “Our long-term vision is a future with enhanced mobility, with less impact on the environment.”

DENSO’s continued commitment to Tennessee, Ito says, significantly strengthens one of its key manufacturing locations, which he says is localizing a critical product for its current North American customers focused on electric vehicles and with an eye toward expanding DENSO’s potential customer base.