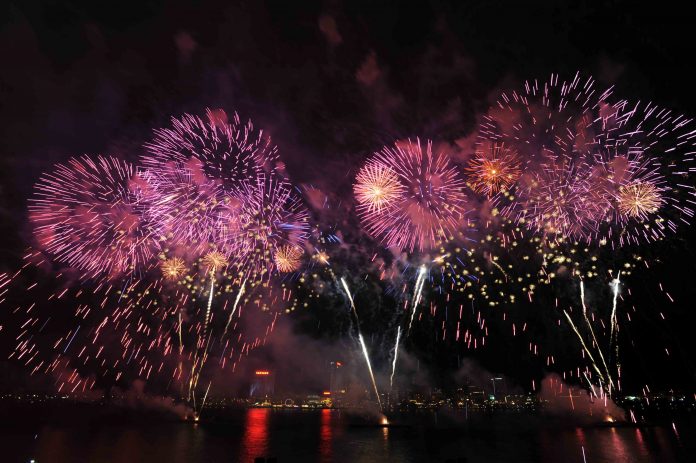 The annual Ford fireworks, recognized as one of the world’s largest and most magnificent pyrotechnic displays, will light up the Detroit and Windsor skylines around 10 p.m. June 22.

“We are excited to continue our 57 year tradition of bringing this beloved event to our community,” says Tony Michaels, president and CEO of The Parade Company, the producer of the fireworks.

As a longtime supporter of The Parade Company, Ford Motor Co. will serve as title sponsor of The Ford Fireworks.

This year’s show, with the theme Colors of Love, will be choreographed by the world-renowned Patrick Brault, who designed the pyrotechnic display for the 2010 Winter Olympics in Vancouver. The show will include more than 10,000 pyrotechnic effects that will be visible for miles along the Detroit River.

The Ford Fireworks can be viewed on WDIV-Local 4’s live broadcast beginning at 8 p.m.