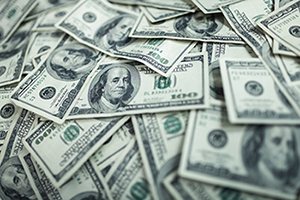 Researchers from the University of Michigan, the University of Minnesota, and Temple University today released new findings on how ride sharing programs are affecting local labor markets, concluding that the so-called “gig economy” improves entrepreneurial activity in a crowd sourcing environment by providing more stable employment options for the unemployed and underemployed

The researchers measured the entrepreneurial activity by the volume of Kickstarter campaigns launched over a 21-month period in 2013 and 2015. The study compared the numbers in relation to the entry of ride-sharing services like Uber and Postmates, an on-demand delivery service.

“This measure is quick to respond to changes in markets, and offers researchers immediate visibility into both campaign and funding dynamics in the marketplace, unlike more slowly moving metrics like patenting or firm founding,” says Seth Carnahan, assistant professor of strategy at U-M’s Ross School of Business.

The researchers found Kickstarter campaign launches declined by nearly 14 percent roughly 12 months after Uber X enters a local area. They also found that this effect was primarily attributable to the drop off of lower-quality entrepreneurs, or those individuals whose businesses were more likely to fail.

Carnahan says gig-economy “platforms appear to help separate wheat from chaff,” reducing unsuccessful campaigns and entrepreneurs in the crowd funding market. The findings were nearly identical when studying the service Postdates. Overall, the researchers concluded the $26-billion gig economy increases the quality of the average campaign on Kickstarter.