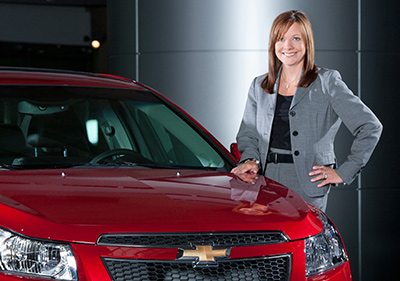 The Michigan Council of Women in Technology Foundation will host an Executive Connection Summit at Cobo Center in Detroit next month, featuring keynote speaker Mary Barra, chairman and CEO of General Motors Co. The nonprofit organization says Michigan is the No. 1 state for women in IT.

Other guest speakers at the event on May 12 include Sheila Jordan, CIO of Symatec; Paula Tolliver, CIO and vice president of business services for Dow Chemical; Beth Niblock, CIO for the city of Detroit; and Linda Dillman, CIO of QVC. The event will also feature inspirational speaker Carey Lohrenz, the first female U.S. Navy F-14 Tomcat fighter pilot.

The nonprofit group, founded in 2001, has more than 700 members and provides career support to women in all stages of life, including mid-career mentoring programs and education events, and technology camps and scholarship programs for girls interested in IT.

Recently, the organization added nine companies to its partnership roster in 2016, increasing sponsorship by 13 percent.

“This might be a recent record for the number of new partners in 90 days,” says Cindy Warner, president of the organization.

More information on the 2016 Executive Connection Summit can be found here.