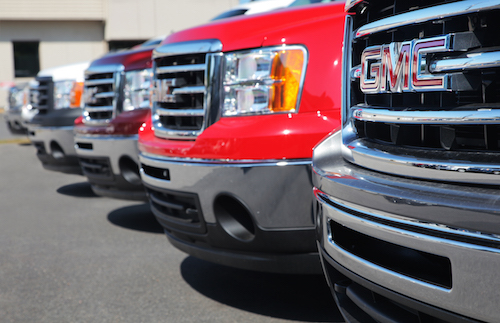 For the fourth consecutive year, General Motor Co.’s Chevrolet, Buick, GMC, and Cadillac vehicles topped the Made in America Automotive Index by the American University’s Kogod School of Business in Washington, D.C.

GM’s Buick Enclave, Chevrolet Traverse, and GMC Acadia together tied for No. 1, with a total domestic content of 90 percent. The Cadillac Escalade ranked fourth, and 17 other GM vehicles ranked in the Top 10.

“As such an important part of the U.S. economy, understanding the factors that influence the automobile industry is not just helpful — it is essential,” said Frank DuBois in the 2016 Kogod Made in America Auto Index report. “A vehicle’s domestic manufacturing composition plays a key role in determining its overall impact on the American economy.”

“The index shows that vehicles produced by automakers headquartered in the U.S. rated higher overall in the index,” DuBois said in the report. “This is for two reasons: profit derived from their sale was more likely to return or remain in the United States; and a majority of a U.S. company’s R&D activities are located in the U.S.”