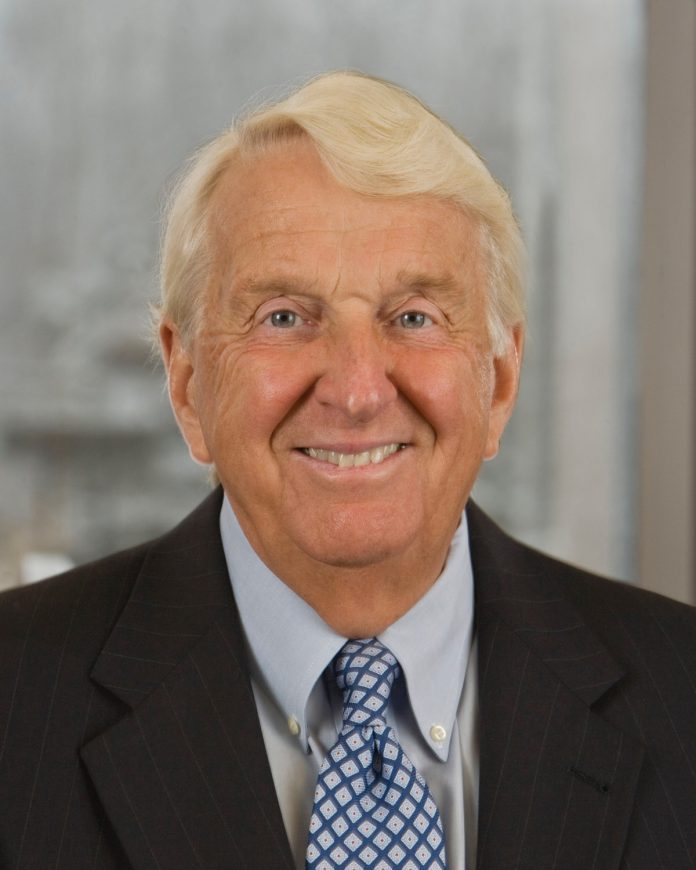 William J. Pulte, who started a small construction company in Detroit more than 65 years ago and turned it into a national home building empire, died Wednesday. He was 85.

“It is with a heavy heart that we share that William J. Pulte, the anonymous philanthropist, family man, and founder of PulteGroup, passed away today after 85 great years of helping people in need and building highly successful businesses,” says Bill Pulte, William Pulte’s grandson. “We are deeply saddened by his passing, but we rejoice and celebrate in his life of charity and family.”

Pulte began his construction career between his sophomore and junior years at De LaSalle High School when he worked with a local carpenter. A week after high school graduation, he began to build his first house near Detroit City Airport with the help of five high-school friends. He sold the house for $10,000 in 1950, and his company was born. Pulte built his first subdivision in 1959.

During the 1960s, the company expanded from Michigan to Washington, D.C., Chicago, and Atlanta. It went public in 1969 with Pulte as the chairman and president.

The stock of the parent company, PHM Corp., began trading on the American Stock Exchange in 1972 and on the New York Stock Exchange in 1983. By the 1980s, the company was closing more than 4,500 homes each year in 11 states and had revenue of $294 million.

Through the years, PulteGroup established a mortgage company, formed a federal savings and loan, and acquired Radnor Homes, DiVosta Homes, and Del Webb.

Pulte, who lived in Naples, Fla. is survived by his wife, Karen, 13 children, 27 grandchildren, and three great-grandchildren.

There will be a memorial Mass at 10:30 a.m. on Monday, March 26 at St. John the Evangelist Catholic Church in Naples, Fla.