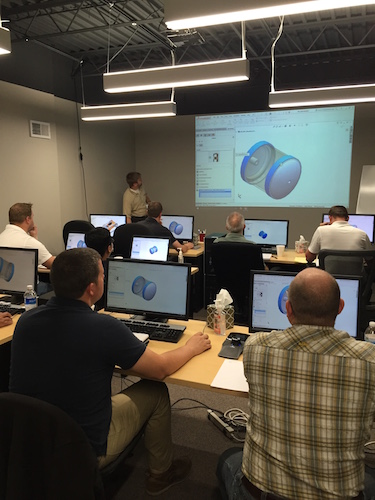 DASI Solutions, a Pontiac-based company that sells software and provides training on rapid prototyping technologies, has acquired Digital Dimensions, a San Diego-based software sales company. Terms of the deal were not disclosed.

Both DASI and Digital Dimensions resell Dassault Systèmes Solidworks, a 3-D software that architects and engineers use to design products and create and manage data. Dassault, based in France, operates local operations in Auburn Hills and Royal Oak.

“Both of our companies have been part of the Solidworks community since the beginning,” says Richard Darbyshire, co-owner of DASI Solutions. “We share a common history and vision devoted to supporting our customers, first and foremost.”

With Digital Dimensions as a division of DASI, Darbyshire says the company will expand its reach to resell the software in Michigan, Indiana, Arizona, and California.

“The integration of the two companies will enhance our customer focus and scale us for the future,” says Brian Findley, manager of operations on the West Coast for Digital Dimensions.

DASI, one of the original Solidworks resellers, was founded in 1995 under the name Microsolid Solutions, but split into two regionally focused sellers in 2002.

DBusiness Magazine - July 1, 2022
Since its inception in 1992, Capital Mortgage Funding has been a leader in Michigan’s mortgage banking industry. Led by co-founders Harry Glanz and Dan Burke...