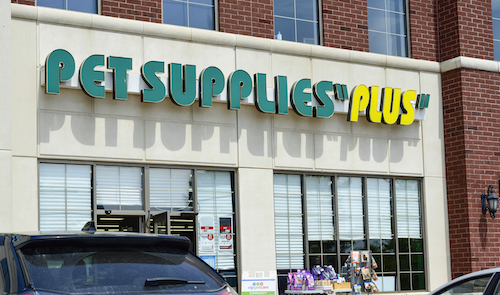 Livonia-based Pet Supplies Plus will expand its reach to the western part of the United States with the opening of locations in California, Colorado, and Oklahoma. The pet franchise will also add new locations in New Jersey, Texas, Missouri, Iowa, and Georgia.

In total, the franchise plans to open 60 new stores by the end of the year.

“Consumers pumped more than $60 billion into the pet industry by the close of 2015, $2 billion more than 2014,” says David Leonardo, senior vice president for franchising at Pet Supplies Plus. “With the spending came a drastic need for an increase in pet products and supplies stores across the United States.”

He says the franchise will be converting several California-based Pet Extreme stores, a 10-unit retail chain it acquired in the fourth quarter of 2015, to Pet Supplies Plus stores.

“After acquiring Pet Extreme in California, we’re also looking forward to rebranding and remodeling the stores to demonstrate the consistent, dependable Pet Supplies Plus name to our new neighbors,” Leonardo says.

In May, Pet Supplies Plus closed deals on 15 stores in Texas and three units in New Jersey. In June, the franchise also signed a 10-unit deal in Kansas City as well as agreements for new markets in Colorado, Iowa, and Oklahoma.

Since the start of the new year, Pet Supplies Plus has signed nearly 20 deals across the country resulting in 55 new stores — 19 more than the 2015 year-end total.