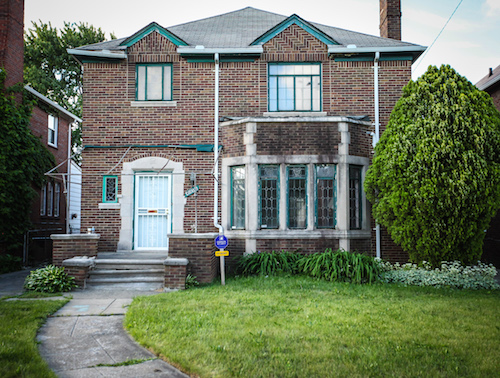 The 37th season of This Old House, a PBS television show that follows a crew as they renovate historic homes, will feature a 1939, two-story Detroit residence in the Russell Woods neighborhood, near West Davison and Livernois.

“The Detroit episodes will present the city’s housing situation in a new light, as residents and leaders are finding the best ways to reclaim and restore their community homes,” says Chris Wolfe, executive producer of the show. “Our team is honored to take part in these efforts in this landmark city.”

In the second project of the show’s 37th season, which has begun filming, This Old House will work with a retired firefighter and his family as they renovate their classic brick home. It is believed to be the show’s first visit to Detroit.

The 1,800-square-foot home featured in the show’s Detroit project will span 10 episodes, and was previously owned by the Detroit Land Bank Authority, which assumed ownership of the blighted property under the city’s nuisance abatement program.

The family recently purchased the home at an auction with the promise they would make improvements and move in.

Expected work on the house includes a new roof, a kitchen, and bathrooms, along with a new furnace, a water heater, and other mechanical systems.

Wolfe says the show’s renovation crew — which consists of a host, a general contractor, a carpenter, a pluming and heating expert, and a landscape contractor — will look to preserve historic details in the home such as leaded stained glass windows and archways.

The Detroit episodes of This Old House will premiere in March 2017. For more information, visit thisoldhouse.com/tvschedule.