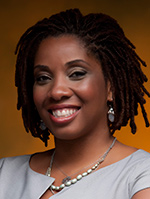 With the goal of investing in Detroit’s communities and creating increased access to housing opportunities for residents, a new non-profit has launched, called Develop Detroit.

“Develop Detroit looks forward to both renovating existing housing stock and building new high-quality housing options, particularly outside of the downtown and Midtown areas where much of the investment energy is currently focused,” says Sonya Mays, CEO of Develop Detroit.

Mays, a Detroit native, returned to Detroit to serve as a senior adviser to Emergency Manager Kevyn Orr, who orchestrated the city out of bankruptcy. Previously, she worked as an investment banker at Deutsche Bank.

Mays, who spent a year rising funds and building the business into a reality, says Develop Detroit will focus on building high-quality homes for Detroiters, including market rate options for both buyers and renters, and housing for seniors and the chronically homeless.

She says the nonprofit is currently building its pipeline, which will ultimately include a range of mixed-use residential and commercial projects, including existing homes and apartment complexes as well as new developments that integrate housing and community-based businesses. The organization is expected to roll out its first development project later this year.

JPMorgan Chase, the Kresge Foundation, and the Ford Foundation have all donated to the nonprofit with JP Morgan Chase investing $4 million over the next four years.

“As the city works to increase property value and tackle blight, we must also continue to build and preserve affordable housing in Detroit’s neighborhoods,” says Daryl Shore, vice president of JPMorgan Chase Global Philanthropy. “With our support, Develop Detroit will help the city’s recovery be more inclusive.”

Develop Detroit is a social enterprise of Boston-based Housing Partnership Network, which works nationally to build and preserve affordable housing options through partnerships with its member organizations.â€‹