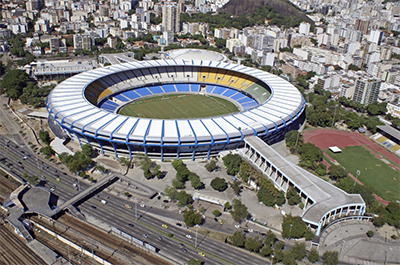 Midland-based Dow Chemical Co. is providing materials used at multiple venues including two of the stadiums at the August Olympic Games in Rio de Janeiro and is working on plans to reduce greenhouse gas and enhance the city’s infrastructure.

“The Rio 2016 Olympic Games will further demonstrate how science and technology can enable the world of sport,” says Louis Vega, global vice president at Dow. “Dow…(will bring) our technologies, expertise, and knowledge in sustainability to the games.”

Vega says Dow is involved in nearly 20 projects connected to the Olympic Games, spanning from field technologies to venue construction. The company is providing its low-density polyethylene resins for a synthetic turf system at Deodoro Park, where field hockey will be played. He says Dow’s plastics are used in the piping for the draining and irrigation system at the Maracana Stadium, the venue of the opening and closing ceremonies and soccer games. The company’s coating materials and construction chemicals were used in finishing the Athletes’ Village buildings.

Vega says Dow is working to lessen the carbon dioxide emissions at the Olympics by 500,000 tons through a carbon mitigation program across the region that will enable Rio to deliver climate benefits well beyond the Games.