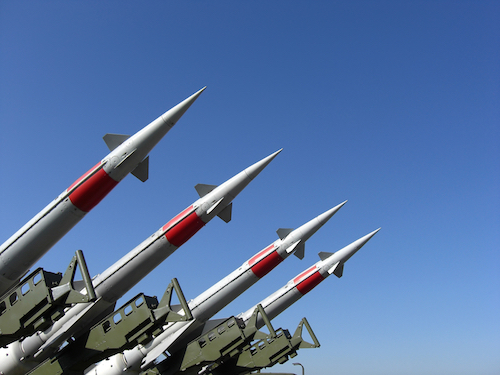 Michigan is in line to be awarded a massive defense project with an estimated $3.2 billion economic impact as part of the Ground-based Midcourse Defense system project. The program, expected to be awarded next year, would be centered at the Fort Custer Training Center, located between Battle Creek and Kalamazoo.

The Michigan Aerospace Manufacturers Association in Sterling Heights, which works with the more than 200 defense and aerospace businesses in the state, is hosting a two day briefing on the project — Sept. 21 at Weldaloy, an aerospace company in Warren, and Sept. 22 at Schupan and Sons and the Air Zoo in Kalamazoo.

“Any company involved in defense or aerospace in Michigan will want to know about this project,” says Gavin Brown, executive director of the Michigan Aerospace Manufacturers Association. “It will be the largest project in Michigan to be awarded in the next five years.

“There are other states competing for the project, but Michigan holds the leading position (among other states) because Fort Custer scored the highest in terms of the environmental impact studies. We also have a very strong network of skilled manufacturing, engineering, architecture, and supply chain operations. We have a very collaborative network.”

Over the two-day program, Brown expects more than 200 companies will be briefed about the project. Speakers include Riki Ellison, chairman of the Missile Defense Advocacy Alliance; John Simmons, managing partner of The Roosevelt Group; Daniel J. Shanahan, senior manager GMD of strategic missile and defense systems at Boeing Inc.; and Champagne Bell, manager of small diverse business and strategic alliances at Boeing.

The intercontinental missile defense system is designed to detect, intercept, and destroy long-range ballistic missiles during their midcourse phase of flight. It also provides early detection and tracking during the boost phase, as well as midcourse target discrimination, precision intercept, and destruction of the target through the force of collision.

The system uses a three-stage ground-based interceptor equipped with an exoatmospheric kill vehicle, and multiple sensors, communications systems, and fire control capabilities. The missile system protects the United States from attacking ICBMs fired at the U.S. by impacting and destroying them in outer space.

Officials estimate the missile defense project will have a $3.2 billion positive impact on Michigan’s economy, including the addition of 300 new jobs directly and up to 1,800 jobs indirectly.

According to a 2015 report by PwC, Michigan is ranked as the No. 2 state in the nation for aerospace manufacturing facilities. There are more than 230 aerospace companies manufacturing in Michigan, including Airbus and Boeing; defense-manufacturer Lockheed Martin; and engine manufacturers Pratt and Whitney, Rolls Royce, and GE Aviation, Brown says.

For more information on the two-day briefing in East Michigan click here, and for details on the West Michigan meeting click here.