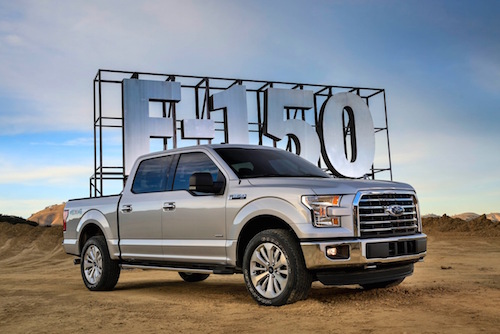 Ford reports its first-half total U.S. sales increased 5 percent to 1,353,048 vehicles, which is the company’s best result in a decade.

Ford says its truck sales, which were up 24 percent, contributed to its sales growth. The company sold more than 500,000 trucks in the first half of 2016, which it says was driven by its F-Series sales of 70,937 vehicles, a 29 percent increase year-over-year and its best June sales performance in more than a decade.

Ford brand SUVs also had its best-ever first half with 395,116 total vehicles sold — up 9 percent versus a year ago. Ford SUVs posted a 7 percent increase last month with 69,641 vehicles sold, marking the best June in 15 years. Escape sales were up 20 percent.

FCA’s also cited its SUV and Truck sales as contributing to its sales growth, with its Jeep, Dodge, and RAM Truck brands each posting year-over-year sales gains in June. The Jeep brand’s 17 percent increase was the brand’s best June sales ever, while Ram achieved its best June sales in a decade.

The Jeep Wrangler, Jeep Patriot, Jeep Compass, and Jeep Renegade each posted their best June sales ever. Sales of the Jeep Grand Cherokee were up 9 percent for its best June sales since 2005.

GM sold 209,295 vehicles to individual or retail customers in June, up more than 1 percent year-over-year, which it says was driven by increases at Chevrolet, Buick, and Cadillac of 3 percent, 2 percent, and 5 percent, respectively.

Through the first six months of the year, the company’s retail sales are up more than 1 percent and retail share is up 0.4 percentage points.