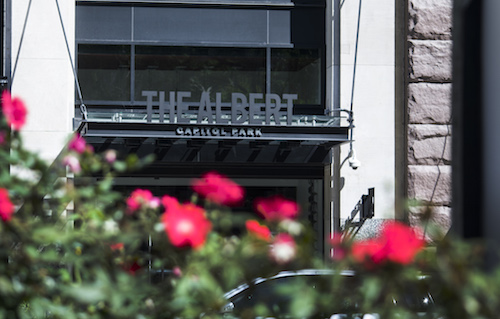 La Lanterna, an authentic Italian restaurant that operated from 1956 to 1979, is reopening at The Albert in Detroit’s Capitol Park this fall. The restaurant previously operated in the park district.

“It is gratifying to return to the Capitol Park area where our family’s first restaurant was established,” says Edward Barbieri III, owner of La Lanterna. “Our original menu of classic Italian dishes, with an emphasis on pizza, will also include pasta dishes featuring our exclusive sauces, sandwiches, and other entrees. We are eager to re-establish La Lanterna as an Italian favorite in Detroit.”

He says La Lanterna will replicate the feel of his grandfather’s original restaurant from more than 35 years ago by creating authentic Italian food based on the family’s history in northern Italy.

The restaurant in The Albert, a 127-unit, 12-story luxury apartment complex located at 1214 Griswold St., will occupy 2,000 square feet of space. The building reopened in July 2015 following a major renovation and is managed by Broder and Sachse Real Estate Services in Birmingham. Other commercial tenants in the building include Dessert Oasis Coffee Roasters, Detroit Bikes, and Go Sy Thai.

La Lanterna will feature 60 to 70 seats and a full bar, and will provide catering services to the downtown and Midtown districts. It will be open daily for lunch and dinner.

Barbieri says he selected the location based not only on the historical roots of Capitol Park, but also on the growing office and residential markets in the area and its close proximity to sports, cultural, and convention activities.

The park, designed by Judge Augustus P. Woodward following the 1805 fire that consumed most of the city, was the original site of the capitol when Michigan became a state in 1837. A decade later, the government seat was moved to Lansing, and the triangular plot of land bounded by Shelby, Griswold, and State streets was converted into a park in 1893.

“We believe Detroit is coming back stronger then ever,” he says. “We have already invested in the city with Da Edoardo Foxtown Grille back in 2001 (in the Fox Theatre), so we truly believe in the renaissance.”