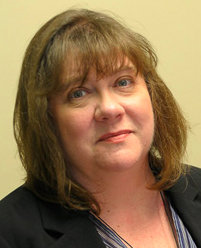 When it comes to social media marketing trends, evolution is rapid. Think about this: In 2005, fewer than 8 percent of all adults who used the Internet were using social media at all. Nearly 10 years later, that number had grown to 74 percent.

Because change is so fast, choosing one big trend from year to year is difficult. But it’s becoming clear that 2015 will be the “Year of Social Commerce.” This is the year that your social media and your followers’ wallets are going to collide, providing big opportunities for savvy social media marketers.

Data on “where” consumers make their online purchases is as interesting as new tools that will determine “how” they buy. Conversions are increasingly occurring on mobile devices. But tablet conversions are far outpacing commerce on smartphones, though the vast majority of consumers switch between devices before they make purchases. In other words, they like to browse on their phones, but buy on their tablets.

And the opportunities to purchase have certainly increased during past year.

This year, social media sites tested features to enable users to purchase items directly from vendors on social sites. The year started with Twitter hinting that it would offer in-stream shopping when it leaked images from Fancy.com, revealing mock-ups of its new platform, Twitter Commerce.

And in October, Facebook Messenger’s hidden payment feature made the news. If Facebook activates it, some 200 million app users will be able to transfer money to each other directly through the Messenger.

Online stores can open Facebook shops with the Facebook-integrated platform Easy Social Shop. Later in the year, Easy Social Shop also partnered with Shopify and GoDaddy, which suggests that e-commerce and social media are becoming ever more connected.

On a personal note, the feature that makes me fear for my savings account is Pinterest’s “Gifts Feed,” which was introduced earlier this year and features only items that you can buy, and links users directly to the vendor’s sales page.

All this evolution means that 2015 will likely be the year that social media marketers have been waiting for, the year when they can create and launch campaigns to sell directly on social media. And of course, it will all make purchasing through social media sites easier for consumers. My savings account is doomed.

Carol Lundberg is an account executive at Marx Layne & Co. in Farmington Hills.