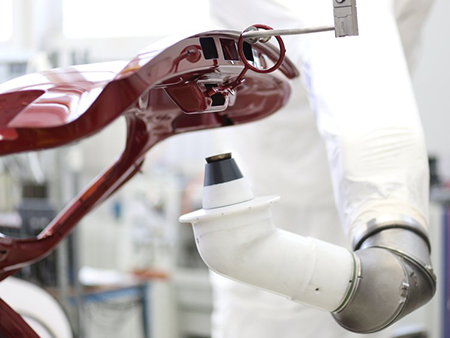 Durr Systems, a Germany-based engineering company, will invest $40 million in its new home in Southfield, consolidating operations from Auburn Hills, Plymouth, and Wixom into a single location.

The move to a former DTE call center on Northwestern Highway, likely to occur in early 2016, will create 320 jobs while retaining 180 jobs. The company plans to spend $21 million on building renovations and $19 million for an expansion.

“Oakland County’s economy is rebuilding with gusto,” says Oakland County Executive L. Brooks Patterson. “The most current round of investment underscores what a truly international community Oakland County has become.”

The January investments, totaling $68 million and resulting in 656 new and 518 retained job, comes on the heels of the recent announcement that the county had attracted 30 deals in 2014, accounting for foreign direct investment of $171 million.

“We’ve worked hard to develop our international reputation with over 30 trade missions between us and Automation Alley,” Patterson says. “Trip by trip, we’re building a reputation as an attractive location for foreign investment.”