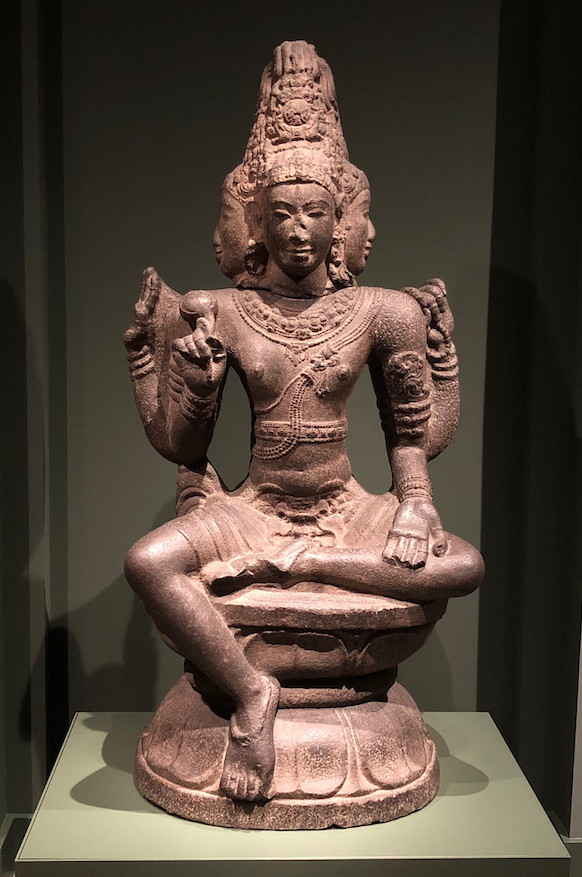 The Detroit Institute of Arts (DIA) will debut the new Robert and Katherine Jacobs Asian Wing on Sunday. The wing at the north end of the DIA features Japanese, Chinese, Korean, Indian and South Asian, and Buddhist art, with pieces spanning thousands of years ago to ones made more recently. The galleries highlight objects and themes representing diverse art forms, cultural practices, and systems of belief.

DIA staff connected with more than 115 members of Asian communities across metro Detroit, including the Asian Pacific American Chamber of Commerce in Farmington Hills, and collaborated with a group of seven community members to work alongside core DIA staff. The group assisted during the earliest phase of the project to brainstorm and prioritize artwork.

“Their voices and thoughts were considered and gathered here with our exhibitions team. Our curators, interpreters, and our own views are reflected in the installation,” says Salvador Salort-Pons, director, president, and CEO of the museum. “It’s very important for us that, in the ways that we show our collection, when people come to the museum, they feel reflected in the art.”

Each gallery combines historical pieces with modern and contemporary works of art. More recent work exhibits the progression of different forms of art in Asia and Asia’s influence internationally. Indian-born and Detroit-based artist Neha Vedpathak was commissioned by the DIA to create a large-scale paper work to add to the Indian and Southeast Asian gallery. The piece, titled “Still I Rise,” explores the idea of resilience as a parallel between India and Detroit.

“In the DIA’s new gallery of Indian and Southeast Asian art, Neha’s work will be visually engaging and thought-provoking,” says Katherine Kasdorf, assistant curator of arts of Asia and the Islamic world for the DIA. “It will draw an immediate connection between India and Detroit, both through its thematic focus and through the artist herself, who is rooted to both places.”

Various digital elements are incorporated into the galleries in collaboration with digital design firm Tellart. The interactive displays include a map highlighting Asia’s diversity, videos about the making of Korean ceramics and Hindu sculptures in different contexts of worship, a station offering musical selections to listen to while viewing Indian paintings, and a more-than 19-foot-long digital handscroll. All of these innovations were implemented to further enhance the visitor experience.

“Sometimes the experiencing of the object itself, like the scroll, cannot be experienced because it’s a scroll and you cannot handle it. Creating a digital scroll would allow the visitor understanding of how the function of the scroll is, while exploring the art at the same time,” says Salort-Pons. “Generally, technology helps the visitor understand the works of art and helps them pay attention. One of the things we’re trying to do, always, is to have all the senses be active when the visitor visits the galleries.”

Robert Jacobs, who serves on the board of directors for the DIA, and Katherine Jacobs, gifted the endowment, citing the DIA’s progressiveness, education program, leadership, and the importance of the Asian culture. The education program in particular holds great importance for the Jacobs because of its implementation of visual thinking strategies to improve critical thinking and listening abilities.

“I love Detroit, and this was a way of me giving back to Detroiters,” says Robert Jacobs. “This gift, to me, is really an honor, to be able to do this. It really is something that’s special to me, and I’m very happy that I could do this. It’s a very satisfying moment for me.”