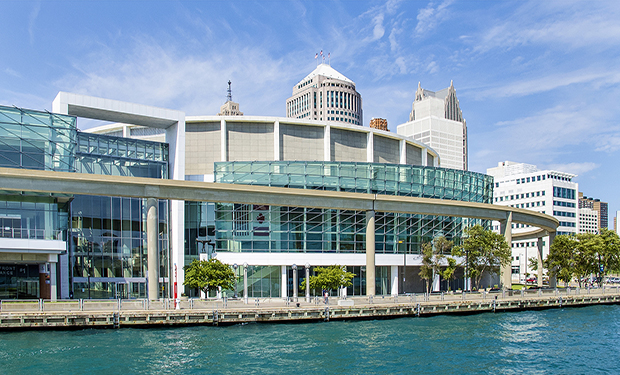 This year, 809,161 people attended the auto show. David Sowerby, managing director and portfolio manager of Ancora in Bloomfield Hills, says the 2018 show had an estimated economic impact of $480 million. He adds the economic impact of the entire show is equivalent to holding nearly two NFL Super Bowls a year in Detroit.

Like this year’s event, the Detroit Auto Show will be held a week later in 2019 so as not to conflict with the Consumer Electronics Show in Las Vegas (Jan 8-11).

“Planning for 2019 is well underway, and initial meetings with automakers and tech companies have hinted at some big product news earmarked for Detroit in the upcoming year.”

Other keys dates for 2019 NAIAS include The Gallery on Jan. 12 at Cobo Center. More than 800 people attended The Gallery last month where they experienced a $10 million showcase of ultra-luxury vehicles and supercars, which included the North American premiere of the Rolls-Royce Phantom.

AutoMobili-D, a showcase of mobility and technology, will likely return for the 2019 show and be held from Jan. 13-21. This year, AutoMobili-D encompassed 150,000 square feet of space, up from 120,000 square feet in 2017. New for 2018, AutoMobili-D remained open through the first Public Show weekend and over 200,000 people were able to interact and experience a vast array of companies during the inaugural Future Automotive Career Exposition.

· Press Preview days drew more than 5,000 journalists from 60 different companies who were able to report on over 50 vehicles that made their world debut.

· Charity Preview was attended by nearly 13,000 people who helped raise just shy of $5.1 million – keeping Charity Preview as the largest annual, single-night fundraiser in the world.