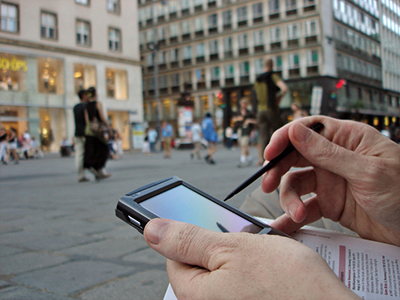 “We’re a mobile-centric society with an insatiable appetite for staying connected all the time, everywhere,” says Tim Collins, senior vice president of Comcast in Michigan. “These outdoor hotspots offer our customers even more value from their Xfinity service by letting them connect to family, friends, information and, entertainment like never before.”

Most Comcast customers can access the Wi-Fi hotspots by selecting “xfinitywifi” from the list of available networks on their laptops or mobile devices, and then entering their Comcast email and password.

Collins says additional outdoor hotspots will be launched across other Michigan communities later this year.

He says Comcast has increased Internet speeds in the state virtually every year for more than a decade, including the 2015 launch Gigabit Pro, a professional-grade residential Internet tier that delivers 2-Gbps upload and download speeds.

The company announced in February that it would introduce the world’s first DOCSIS 3.1-powered gigabit Internet service to residential and business customers in Detroit later this year. Collins says this will eventually make it possible for Xfinity and Comcast Business Internet customers to receive gigabit-like speeds over the communications lines that most customers already have in their homes and offices.