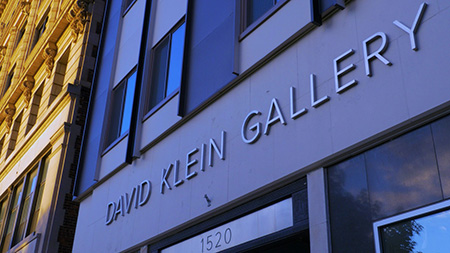 “It has been a life long dream to open a gallery in downtown Detroit,” says David Klein, the founder of the gallery. “This is a very exciting time and we look forward to participating in the cultural growth of Detroit.”

The 4,000-square-foot space, 1520 Washington Blvd., will feature both local and national contemporary art. Christine Schefman, director of the gallery, says the Detroit gallery will produce about 10 exhibitions per year. She says the new location will allow for the expansion of the contemporary program and will broaden the scope of the work that can be installed.

September also marks the 25th anniversary of the gallery, which first opened on North Old Woodward in 1990 and then moved five years later to its current location at 163 Townsend St. The Birmingham gallery will continue to exhibit modern and post-war American art.

The Detroit gallery will hold a grand opening Sept. 17.