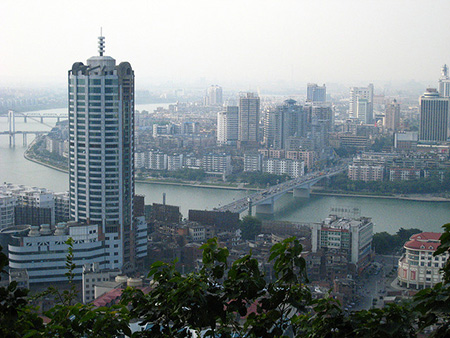 Nexteer Automotive, a developer of electric and hydraulic steering systems who’s in the process of moving its global headquarters from Saginaw to Auburn Hills, has opened its fourth steering manufacturing plant in China in the city of Liuzhou, in the southern region of the country.

“By expanding our capabilities with new operations in Liuzhou, we can better serve the Chinese automotive market,” says Tao Liu, COO of Nexteer’s China division. “We look forward to growing our presence in Liuzhou as we address the needs of a growing market and drive innovation in the steering industry.”

Liu says the plant will produce brush electric power steering systems, a product designed specifically for the Chinese market and other developing markets. The nearly 108,000-square-foot facility employs 200 people, with plans to double the workforce by 2016.

He says Liuzhou was chosen for its highly-skilled workforce and its proximity to strategic customers. He says the city is one of China’s  export bases of automobiles, parts, and components.

Nexteer Automotive has 12,000 employees and 21 manufacturing plants, five regional engineering centers, and 10 customer service centers in North and South America, Europe, and Asia. The company will move its global headquarters to Auburn Hills in the second quarter of 2016.